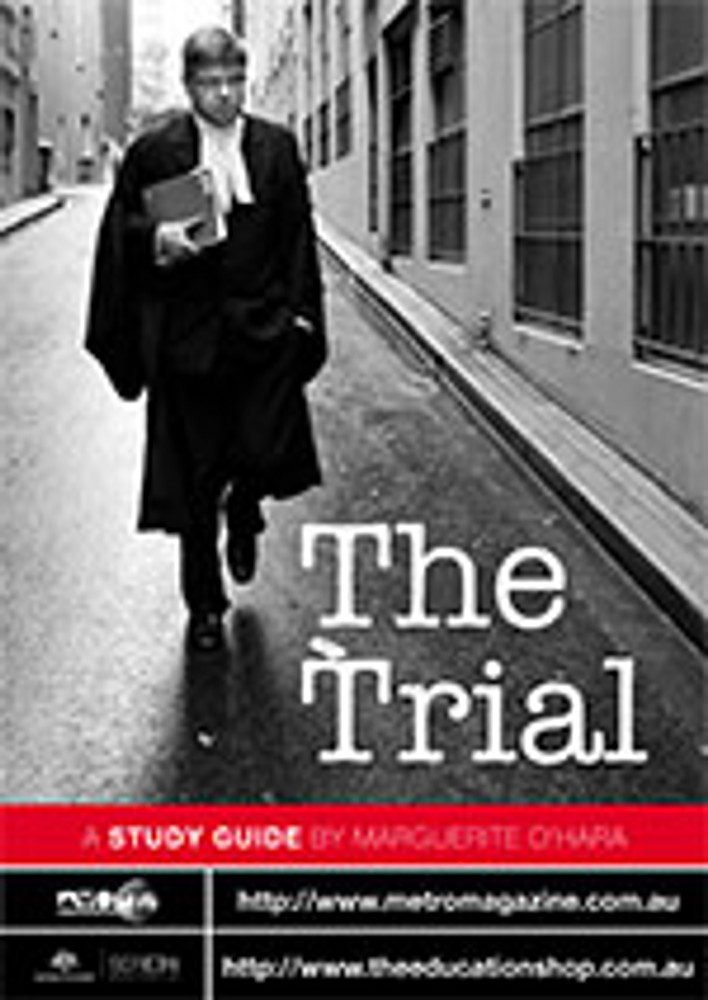 The Trial is the inside story of Australia's biggest terrorism trial, which ran from February 2008 until the delivery of verdicts in September 2008. It takes the audience behind the scenes as barrister Greg Barns, solicitor Robert Stary and a large legal team battle to defend their clients. The trial ran for nine months and involved twelve accused, at least twenty-five lawyers, and over 482 secretly recorded conversations.

Two of the men, Ezzit Raad and Abdullah Merhi, were charged with being members of a terrorist organisation and with providing it with resources. They faced possible sentences of up to thirty-five years in jail. Merhi is accused of preparing to be Australia's first suicide bomber.

The film tells Merhi's side of the story through his brother Omar. Omar believes his brother is a man of peace who was initially influenced by his Islamic teacher, but who rejected any ideas of violence well prior to his arrest.

The prosecution argues that the secretly recorded conversations prove the men were committed to violent jihad and that they planned to bomb a railway station or the Melbourne Cricket Ground. They played to the court recordings where some of the accused men discuss the terrorist bombings in London and Madrid, retaliation for the war in Iraq and killing John Howard. They show the court terrorist handbooks and beheading videos owned by some of the men.

The defence team argues that the men were members of a religious group more concerned with knowledge of the Koran rather than mounting terrorist attacks. Greg Barns argues that his client only talked about the idea of terrorism. Barns calls it 'thought crime' and rails against the new laws that have criminalised what individuals say rather than what they do. The defence team argues that the threat of terrorism has been used by governments to extend the reach of the law into areas traditionally protected by the principles of freedom of speech and association. They believe the ambiguity of the laws could pose a bigger threat to our democratic values than the threat of terrorism.

This is an important film for everyone concerned about human rights and how Australia deals with the very real threat posed by Islamic terrorists.

The Trial would be suitable for middle, senior and tertiary students of Legal Studies, Civics and Citizenship, Values Education, Politics and Society and English. It poses important questions about how our legal system deals with people believed to be a threat to our way of life. It also provides a fascinating glimpse into the complex working world of the legal profession.