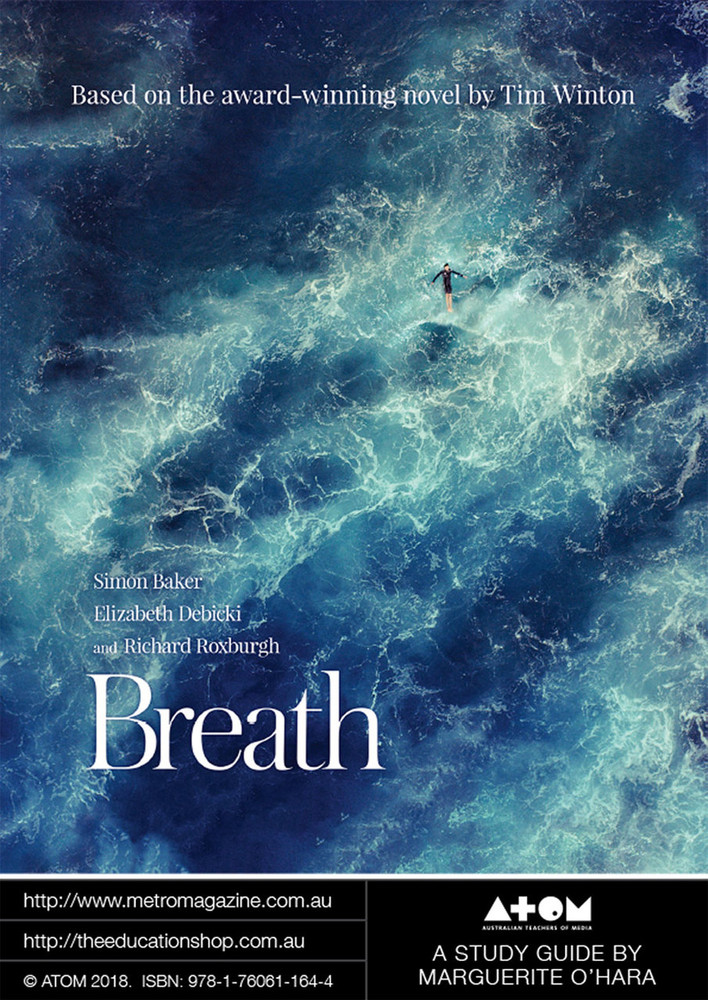 The story takes place in the mid -1970s in a remote corner of the Western Australian coast. Pikelet (Samson Coulter) and Loonie (Ben Spence) stand poised on the edge of young adulthood. The two are constant companions and fellow adventurers, but their home lives and personalities differ in crucial ways.

Mr and Mrs Pike (Richard Roxburgh and Rachael Blake) are solid and dependable — Pikelet is an only child, a thoughtful soul, and the Pike home is a warm yet slightly monotonous sanctuary. Loonie is fiercely competitive and brittle, and lives by his wits. His father Karl Loon (Jacek Koman) is a violent man and Loonie's home life offers no tenderness or protection.

Nevertheless, the boys bond over bikes and daredevil stunts, but their dreams begin to focus on the ocean. Pikelet can only look at it longingly from his father’s fishing boat on the river; the journey across the sand bar to the open sea is off limits. For Loonie, the compulsion is what it always is — danger. A local man, Snowy Muir, drowned out there. The coast is beautiful but brutal.

One day, the pull is too much and the boys cycle outside their comfort zone down to Sawyer Point. There they encounter Sando (Simon Baker), a former professional surfer, whose effortless grace on the waves and studied detachment on land compels the boys.

Pikelet and Loonie begin to learn to surf, starting out on stubby, Styrofoam boards. As their skills increase, Pikelet shifts emotionally, by degrees, away from his parents. By winter the pair are fitter and taller but they still watch Sando from afar. They need to graduate to proper fibreglass boards, earning money doing manual work to afford them. The trick works – the first time they take their new boards out, Sando notices them, offers to store their boards under his house, and the mentorship begins. The challenge quickly becomes to surf Old Smokey, a dangerous break a kilometre out to sea.

Pikelet and Loonie's lives increasingly centre around Sando, his Kombi, his house, and most importantly, his role as guru.

Part of Sando’s allure and enigma is that he disappears then reappears, but Eva (Elizabeth Debicki), Sando's wife, is always at the house. A former champion freestyle skier from Utah, Eva's career was cut tragically short by a knee injury from which she’s never recovered, physically or emotionally. The feeling of being fully alive by being close to mortal danger was a narcotic for Eva, and it still is for Sando, and increasingly for Loonie.

Sando's forcefulness, Eva's allure, Loonie's competitiveness and the spectre of Old Smokey all force Pikelet to make crucial decisions — to give in to the expectations of those around him, or to become his own person.

Breath would be suitable for middle and senior secondary students in English and Media Studies. It presents a compelling story about growing up in Australia in the 1970s. Advice to teachers: In the last twenty minutes of Breath there are several scenes depicting a brief sexual relationship that developed between one of the teenaged boys and an older woman. While these scenes are neither extended nor dwelt on, teachers who are unfamiliar with Winton’s novel are advised to preview this part of the film to be sure they feel comfortable showing it to their students.

In Year 10 English students are encouraged to read and engage with a number and range of texts telling stories about Australians. They are also encouraged to develop an understanding of the Identity genre in literature which gives students opportunities to explore the challenges of becoming an adult and learning both the joys of freedom and the way of dealing with often confronting risks. Adolescence is shown in Breath to be a time of testing yourself, exploring new challenges, learning to accept your vulnerability and when to say yes and no.

Literary texts that support and extend students in Years 9 and 10 as independent readers are drawn from a range of genres and involve complex, challenging and unpredictable plot sequences and hybrid structures that may serve multiple purposes. These texts explore themes of human experience and cultural significance, interpersonal  relationships, and ethical and global dilemmas within real-world and fictional settings and represent a variety of perspectives.

Tim Winton's novels and other fiction are written in a deceptively simple and direct style, with moments of sublime descriptive prose that touches on meaning and intensity without ever forcing it on the reader. Students who have not read the text might like to observe how the intensity of experience is conveyed through the medium of film, by the light, the music, other sounds and the silences.

At senior secondary level (generally years 11 and 12) students of English have the opportunity to read and analyse texts to develop an understanding of the features of an author’s style. They have opportunities to reflect on the features of imaginative fiction texts which include:

The process of adaptation or transformation of a written text into a film or other visual medium can be a valuable way of understanding and appreciating the strengths (and sometimes limitations) of different mediums as vehicles for telling a story. Students are able to reflect on the different strengths of text and visual media. They learn about perspective and viewpoint and are encouraged to recognise the narrator’s viewpoint, whether the story is told in the first person by a central character or by a narrator. Does the story unfold chronologically (in real time) or are there shifting time frames and reflections where the author looks back on their past?

Winton's The Boy Behind the Curtain and Island Home are two of the recommended texts on the 2018 HSC English syllabus in NSW. These texts also explore issues of place and identity.