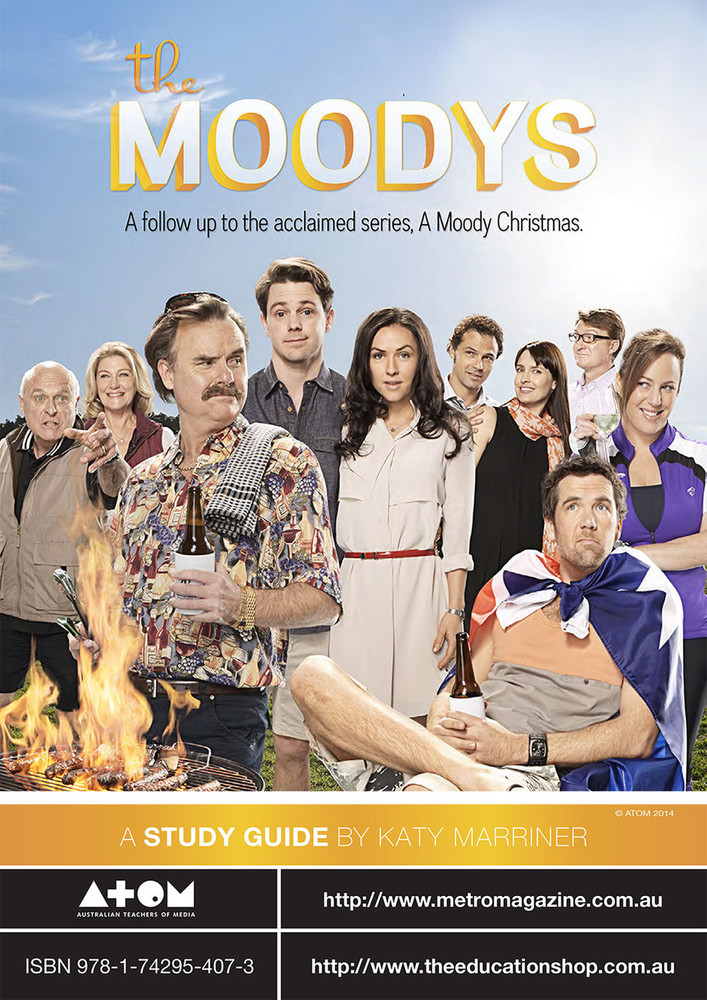 The Moodys is an eight-part comedy series about the dysfunctional Moody family.

Dan (Ian Meadows) and Cora (Jane Harber) have finally returned home to Australia to set up house together. However, life back in Australia is not turning out quite as planned. As they struggle to make ends meet, the Moody family home is up for sale, Sean's (Patrick Brammall) funeral fireworks business is going great guns, Maree (Tina Bursill) and Kevin (Danny Adcock) test the freewheeling lifestyle of the grey nomads, Bridget (Rachel Gordon) and Roger (Phil Lloyd) find out if there's friendship after divorce especially after Bridget meets the charming Matt (Jonny Pasvolsky), and Uncle Terry (Darren Gilshenan) is in a tangled love affair with Yvonne (Sacha Horler), a one-woman force of nature.

A year of highs and lows unfolds against a backdrop of hysterical family gatherings, including: Terry's Australia Day barbecue, which quickly disintegrates into a flag-burning disaster; the annual Moody family Easter Weekend in a caravan park that is not what anyone expected; and Kevin and Maree's anniversary, which turns into mayhem after the surprise arrival of a demanding family member. Other challenging moments include Sean's court case, Bridget's surprise birthday and not-so-surprise baby shower, and Terry's run for council.

This study guide to accompany The Moodys has been written for students in Years 9–10 undertaking subjects within the domains of English, The Arts (Drama, Media Arts) and cross-curriculum projects exploring the concept of family. The Moodys is a suitable text for study in senior English and can be used as a resource to teach units of work in Drama, Health and Human Development, Media Arts and Sociology.