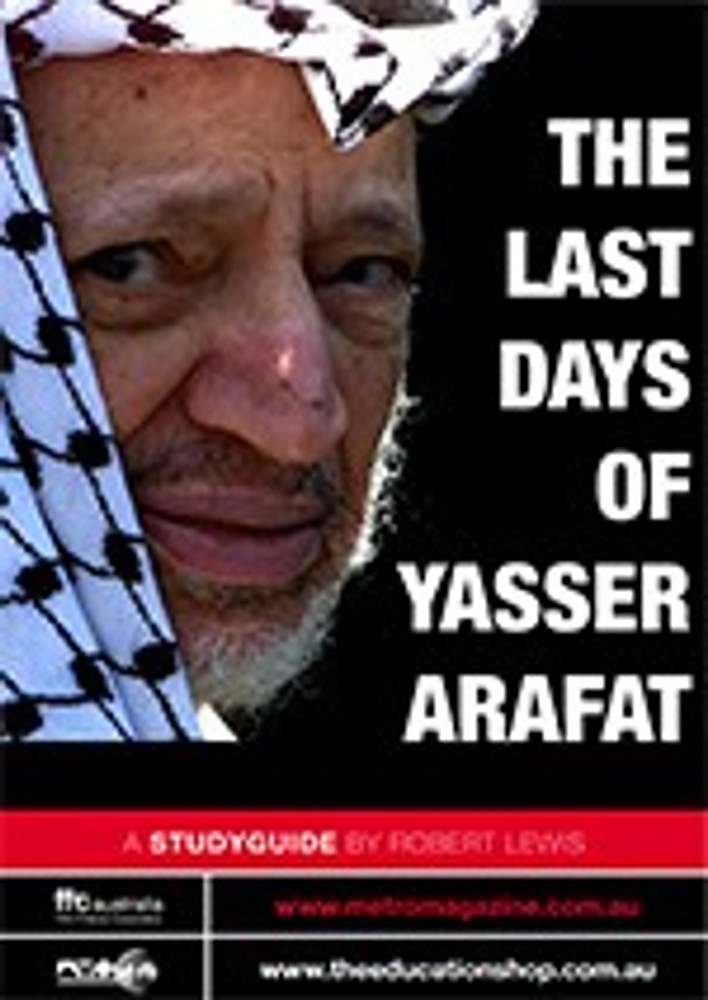 The Last Days of Yasser Arafat (Sherine Shalama, 2006) is an eighty-minute film about Sherine Salama's efforts to secure an interview with Yasser Arafat shortly before his death in 2004. In recording her efforts, and the short interview she finally secured with him, we develop some insight into daily life in the compound where he was imprisoned, and some glimpse into the competing and seemingly chaotic forces at work behind the Palestinian Liberation Organization at the time.

In doing so, we have some additional insights that can be applied to trying to understand the nature of the Israeli–Palestine dispute, both in the past and in the future.

The interview was the culmination of over a year's filming in the besieged president's compound.

Three years before his death, after a lifetime spent fighting for a Palestinian state, Yasser Arafat was locked in a final showdown with Israel. At stake was his survival as a political leader, and also as a historical figure. At the age of seventy-four, in frail health and with Israeli threats of assassination or expulsion hanging over him, Sherine Salama was convinced that his days were numbered.

The Last Days of Yasser Arafat begins in September 2003 as Sherine travels to Arafat's ruined compound, and charts the often-comical ups and downs of her struggle to interview the Palestinian President. As she ingratiates herself with Arafat's aides and minders, lobbies officials and recruits her own Palestinian friends and neighbours, Sherine builds up a compelling portrait of daily life in the compound – as well as of the looming health crisis that eventually leads to his death.