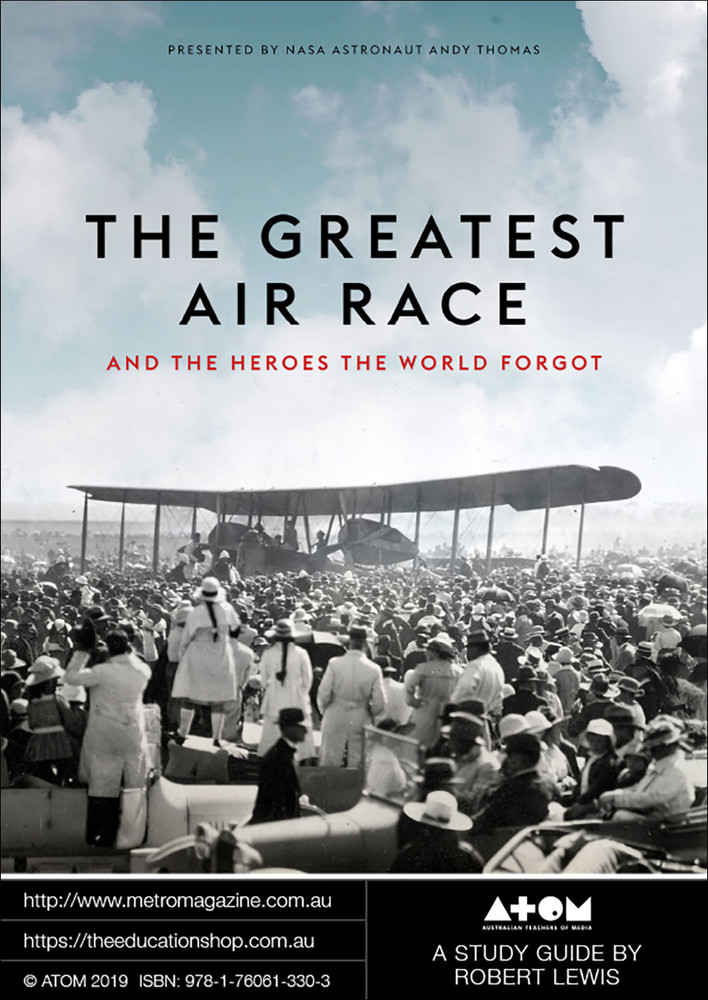 The Greatest Air Race is the story of how Sir Ross Smith and his three-man crew became the first aviators to cross half the planet, flying from London to Darwin.

It's a feat that remains largely overlooked in the history of flight – in the words of the film's subtitle, the crew are the 'heroes the world forgot'.

The 18,000 kilometre race from England to Australia was held in 1919, just 16 years after Orville and Wilbur Wright in the United States had made the first powered aerial flight – the length of two tennis courts.

Six teams had 30 days to reach Darwin, a challenge the press said would 'end in death'.

Ross Smith's aircraft was a Vickers Vimy World War 1 bomber made of fabric, wire and wood. The crew sat in open cockpits with a compass and paper maps for navigation, putting down in some countries that had never seen a plane nor heard of 'airstrips'.

As a small boy growing up in South Australia, Andy Thomas was inspired by the surviving Vickers Vimy at Adelaide airport and its remarkable story. After studying aeronautical engineering, Andy joined the American space agency, NASA, and flew over six million kilometres aboard the Space Shuttle Endeavour. He carried two cloth badges – the 'wings' of brothers Sir Ross and Sir Keith Smith, the pilot and navigator of the Vimy – as a tribute to their feat. What took the Smith crew 28 days took 20 minutes for Thomas! Several decades later, Andy returns to the old plane with the aim of inspiring a new generation and celebrating this all-but forgotten achievement.

The Greatest Air Race unearths little-seen footage from 1919 to bring to life the trials, tragedies and triumphs of a contest that was as audacious as it was epic. On location in Adelaide, Darwin, outback Australia and London, Andy meets with aviation experts, historians and vintage aircraft enthusiasts.

And he makes a stunning discovery: the Vimy aircraft is as significant as the Apollo moon lander. Sir Ross Smith was the Neil Armstrong of his day.

The Greatest Air Race is a suitable resource for Years 7–12 students in: