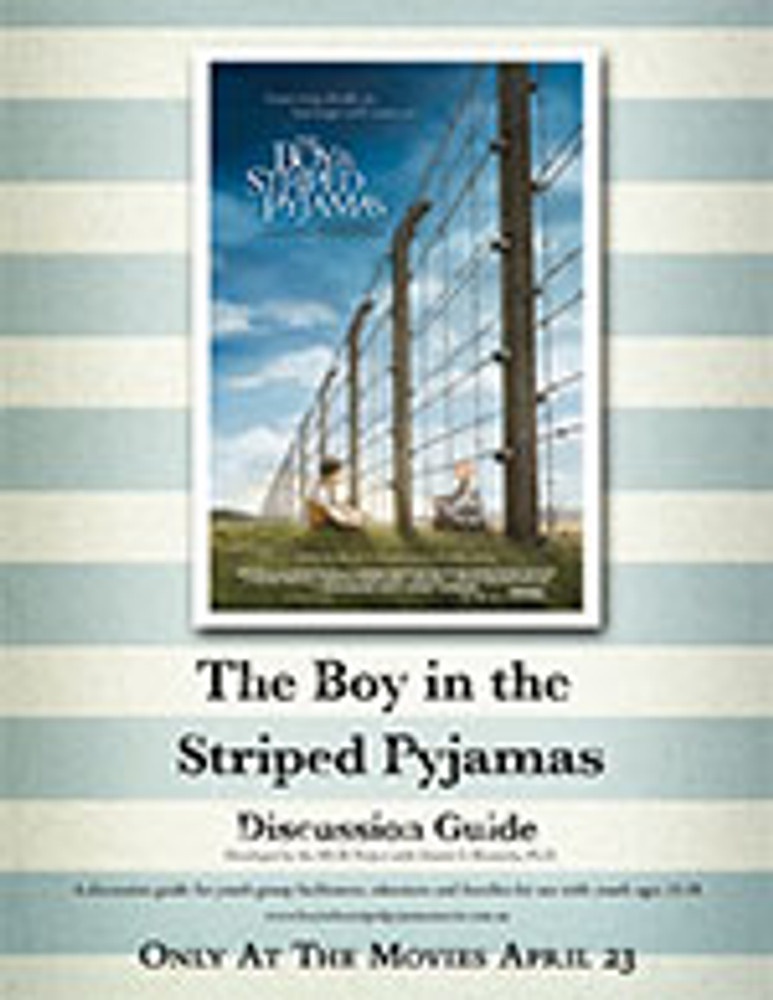 Boy in the Striped Pyjamas, The (Study Guide)

The Boy in the Striped Pyjamas, set during World War Two, depicts a fictional friendship. Bruno, the eight-year-old son of a newly-promoted Nazi officer, moves with his family from a comfortable life in Berlin to a lonely existence in the countryside. An adventurous boy with nothing to do, Bruno ignores his mothers instructions not to explore the back garden and takes off for a farm he has seen from his bedroom window. As he approaches a barbed wire fence, Bruno sees Shmuel, the boy in the striped pyjamas, on the other side, and an unlikely and life-changing friendship develops.

Based on a fiction novel, the movie explores important real-life themes, such as experiences that gradually end an innocent perspective, the essence of friendship, acts of humanity even under horrific circumstances, the uses and abuses of obedience and conformity, and the development of prejudice and its destructive consequences. This guide provides discussion prompts and activity ideas that will allow youth to not only understand historical facts and issues, but to explore their application in todays world.

This program guide is best used after viewing the film and reading the book, The Boy in the Striped Pyjamas by John Boyne. As a facilitator, your role is to create a supportive environment that encourages the youth in your group to express their feelings and beliefs, and to engage in constructive dialogue with their peers. The appendix contains definitions and other resources that offer help in answering questions that may arise in discussion. Because of the sensitive nature of this movie and its themes, be prepared for the possibility of strong emotions that the questions and activities might elicit, particularly if they have family members who were affected by the Holocaust during World War Two or genocide in other countries, such as Rwanda or Iraq. Encourage young people to act as advocates and take action to fight prejudice and discrimination in their communities, country, and around the globe. Help them see that by understanding and acting on the lessons learned in this story, they can make a positive difference in the world.

A View through Barbed Wire: The Boy in the Striped Pyjamas

Boy in the Striped Pyjamas, The (Text Guide)