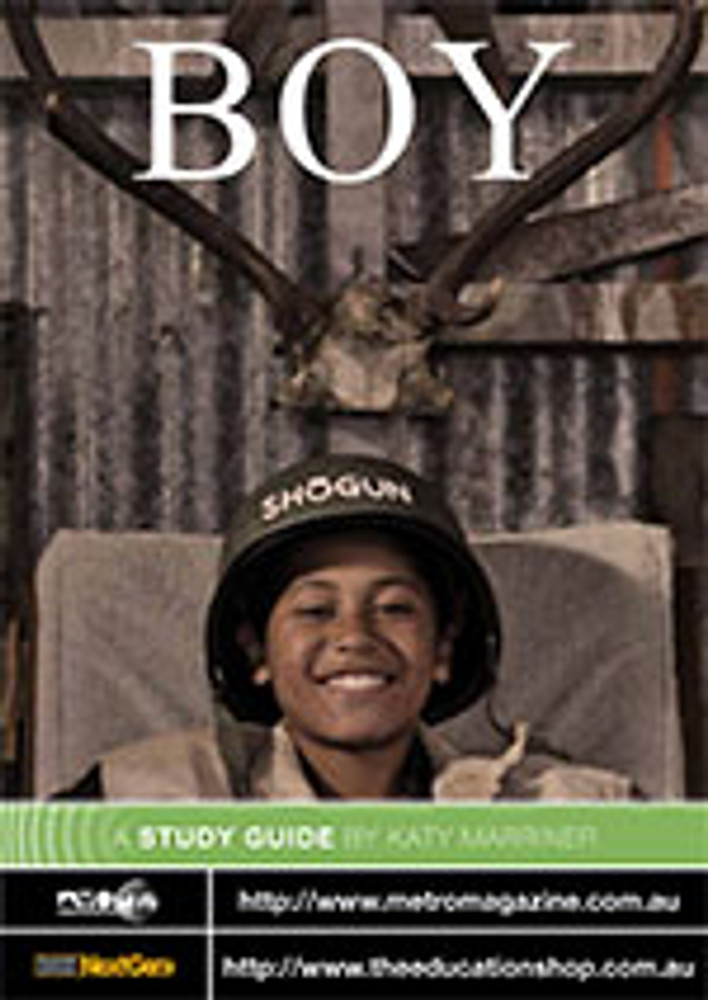 The year is 1984, and on the rural east coast of New Zealand Thriller is changing kids' lives. Boy is a dreamer who loves Michael Jackson. He lives with his brother Rocky, a tribe of deserted cousins and his nan.

Boy's other hero, his father Alamein, is the subject of Boy's fantasies, and he imagines him as a deep-sea diver, war hero and close relation of Michael Jackson (he can even dance like him). In reality, he's 'in the can'.

Boy spends his days telling tall tales about his dad's exploits and his nights telling his pet goat Leaf about his own exploits, such as getting a hickey from the girl of his dreams, Chardonnay. In between he suffers the local bullies, his mean aunty and his frustrating younger brother.

Rocky spends his days being weird, hanging out with his dead mother at the cemetery and working on controlling his magic powers, the ones he believes put his mother there.

Alamein has recently been released after serving seven years in prison for robbing the gas station. He has a cool car, a leather jacket, loves samurai warriors and is starting his own gang – The Crazy Horses (so far there are only three members but that's not the point). He is also infatuated with the movie E.T.: The Extra-Terrestrial.

Apart from dealing with Boy's bullies, giving him love advice and relating the entire plot of E.T., Alamein has another plan. He enlists the help of Boy to dig up the neighbouring paddock to find the money he hid after the robbery. The only problem is he can't remember how many steps from the fencepost marks the spot or even which fencepost it was. But finding this treasure will mean a new life for Boy and Rocky in the city.

So now, between trying to impress the girl of his dreams and caring for the motley crew of younger cousins, Boy diligently tries to please his father. But the harder he tries, the worse things get.

Before the summer is out, Boy is forced to confront the man he thought he remembered, find his own potential and learn to get along without the hero he had been hoping for.

Teachers may also find the film relevant to units of work for middle secondary students in the following VELS domains: