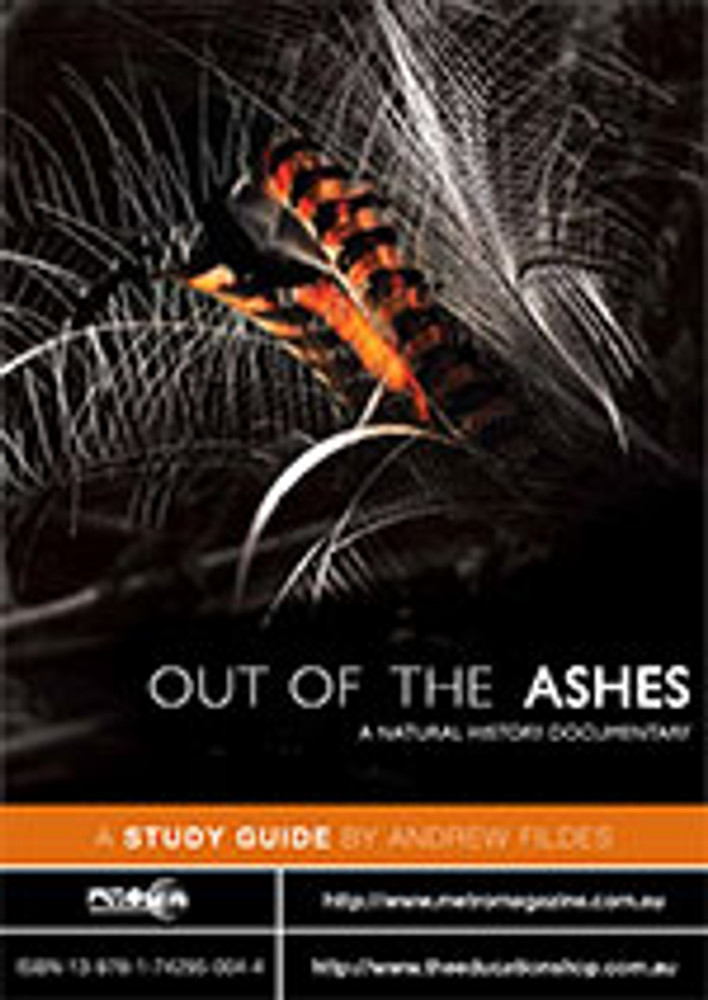 The environment has an extraordinary capacity for healing.

The fires that tore through the Victorian bush on 7 February 2009 were terrifying and devastating for the people living in the midst of them. Black Saturday, as the day came to be known, is an event that is still raw in the memory of survivors and other Victorians. 173 people died; 414 were injured; over 2000 homes and 1500 other structures were lost; over 420,000 hectares were burnt; and vast areas of forest were incinerated as 400 individual fires burned in 47°C heat. Black Saturday has been designated Australia's worst-ever natural disaster.

But this film is not the story of the human victims. Instead, it shows that for the forest ecology of south-eastern Australia, fires of this scale and ferocity were inevitable, survivable and even partly necessary. While they were hotter than ideal, the ecology in these areas is shaped by flame. In the distant past, these hills were home to damp forests of southern beech, but now that variety of tree is found only in patches of temperate rainforest. The drying of the continent and the subsequent burning created the eucalypt forest communities that are now so familiar, for example, the mountain ash forest of the ranges and the box and stringybark woodlands of the lower plains.

The central highlands of Victoria are an ancient plateau dominated by huge mountain ash (Eucalyptus regnans) trees, the tallest flowering plants in the world. The mountain ash is a tree that lives and dies by fire. As the documentary demonstrates, while some trees have remarkable strategies to survive a fierce burn, the giant mountain ash usually dies, relying on the ash below and the destruction of the canopy to regenerate its seed.

The documentary also follows the recovery of surviving animals in the hands of dedicated volunteers – the wildlife carers. Students will enjoy the 'animal hospital'-style approach; the program monitors the progress of an individual wombat, a koala with serious burns and other more challenging patients like echidnas.

It examines the scientists at work conserving endangered species in the trees and streams; some of their findings are unexpected. The film also considers the effects of regular and salvage logging.

It is important that students understand that a catastrophe for us humans may not be a disaster for the environment. Eventually, we must break from the human perspective and consider the story from the point of view of the forest. The forest will recover; perhaps not in our lifetime, but given the opportunity it will recover.

Out of the Ashes is a resource that can be used with middle to upper secondary students (Years 8–12) in:

From the Ashes (ATOM Study Guide)

Coming Back Out Ball, The (ATOM Study Guide)

Out in the Line-Up (ATOM Study Guide)