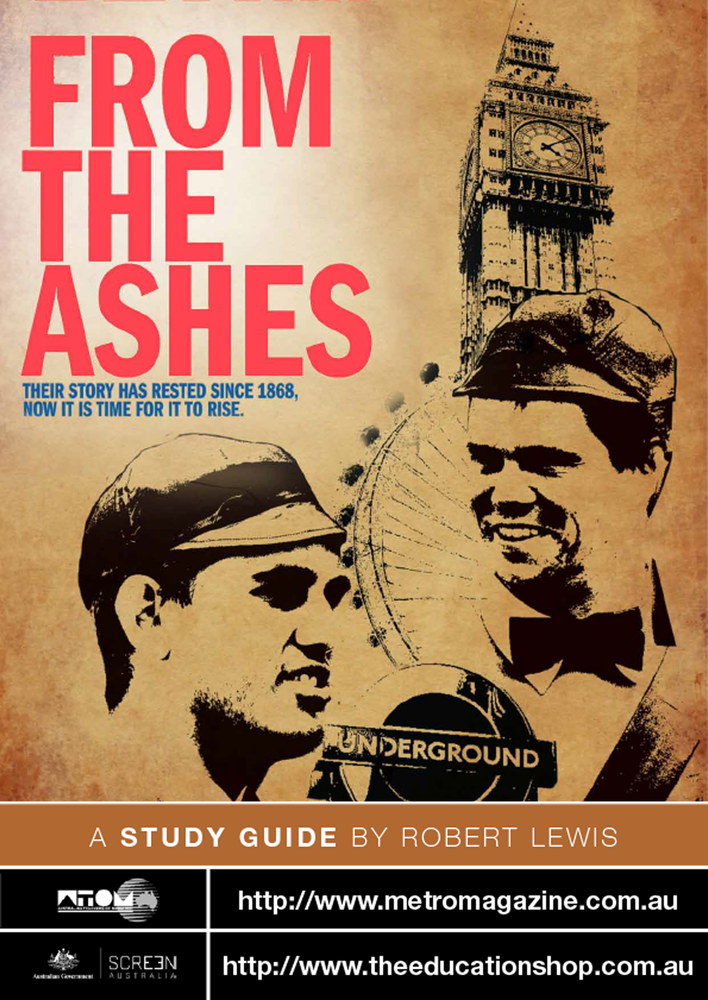 From the Ashes (ATOM Study Guide)

From the Ashes (Dean Gibson, 2009) tells the story of two young Indigenous cricketers following the footsteps of the first Aboriginal cricket team from country Victoria to England in 1868.

Over 25 minutes, From the Ashes documents the incredible achievement of the team – the first ever Australian international touring team in any sport. Their tale is told through the eyes of a young team of Indigenous cricketers who are looking to find the true spirit of Australian cricket, first planted by the Indigenous team.

It focuses on two players – Worrin Williams and Cameron Trask – and their journey to England in June 2009 as part of the Cricket Australia Indigenous XI team. Their journey is one of self-discovery, adventure, challenges and extraordinary Indigenous heritage. We will get to know them and their lives from their homes and families in Australia. They represent a new generation of Aboriginal men who want to succeed at the highest level in their sport and their lives.

Williams and Trask begin their journey in Harrow, Victoria where they meet relatives and historians who share with them the lives and stories of the men who played for Australia 140 years ago. They visit the Johnny Mullagh Cricket Centre and meet with Ian Friend who is the great-great grandson of Charles Lawrence, the captain and manager of the 1868 team.

As the men travel around western Victoria they begin to get an understanding of life in 1868 and the extraordinary feat that these men achieved. Cameron and Worrin then join the squad for an intensive training camp in Brisbane before heading to London where they play a series of games over a four-week tour of England. When not playing, Cameron and Worrin continue to explore the journey of the 1868 team. They recreate history, looking at the old uniforms of 1868 and undertaking cultural demonstrations as the 1868 team did 140 years ago. They also visit a memorial to King Cole, the one Aboriginal cricketer who never returned home to Australia, and Lords Cricket Ground where they train with the Australian Cricket Team.

After a long and exhausting tour, the men return home and begin to make choices in their own lives, inspired by their efforts on tour and the efforts of those who played 140 years ago. Their story has rested since 1868, now it is time for it to rise from the ashes.