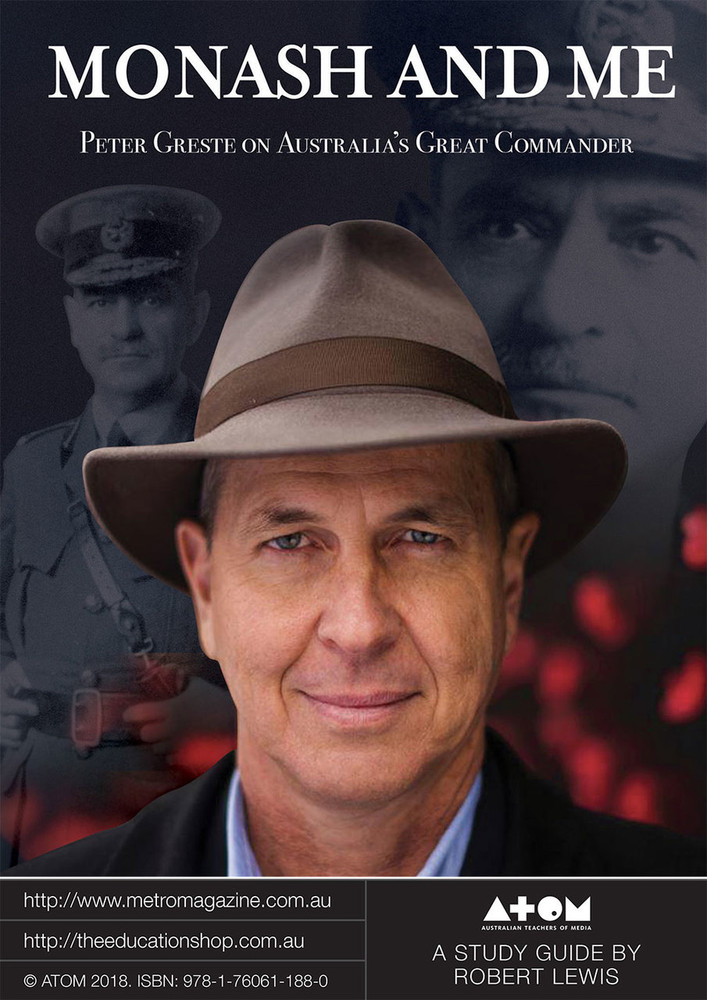 Monash and Me: Peter Greste on Australia's Great Commander (Victoria Midwinter Pitt, 2018, 120 minutes) is a two part investigation of Australian World War I commander, General Sir John Monash. Monash's name is still familiar today, especially in Victoria. There is a Monash freeway, a Monash University. There is a Federal Electorate of Monash. There are streets, scholarships, medical centres. He is also acknowledged in other places. There are local government areas called Monash in Victoria, Canberra and South Australia. His face is on the Australian $100 note. The Sir John Monash Centre, a commemorative interpretative museum, was opened at Villers-Bretonneux in France on Anzac Day 2018. But who was this much-commemorated Monash, and what was his actual contribution to the Australian role in the war that has earned him this remembrance?

Monash and Me is presented by Walkley award-winning investigative journalist and war correspondent Peter Greste, who was imprisoned by Egyptian authorities for twelve months on trumped-up charges. Greste embarks on a journey to demystify the Monash war story. While examining the battles that made Monash famous, Greste also discovers his own family's previously unknown role in the Australian Imperial Force, which Monash is appointed to lead in 1918. For Greste, Monash's war becomes personal. Monash himself was a great writer of his own history. But how accurate are the glowing accounts of him as commander of the Australian Imperial Force? Was he, as his critic's claim, vain, impulsive, egotistical, and prone to exaggeration? And how did he, a civilian soldier and with a German Jewish heritage, come to lead the Australian Imperial Force at the Western Front and be the first commander in 200 years to be knighted on the battlefield? Peter unearths private letters, diary entries and army records from protagonists on both sides of the conflict and uncovers the fate of his four great-uncles who fought in the war, often in those battles planned by Monash. What he finds about Monash, his own family, and the way we Australians remember war is challenging and confronting.

Monash And Me is a resource that could be used by senior students in:

Dear Me: The Dangers of Drugs (ATOM Study Guide)