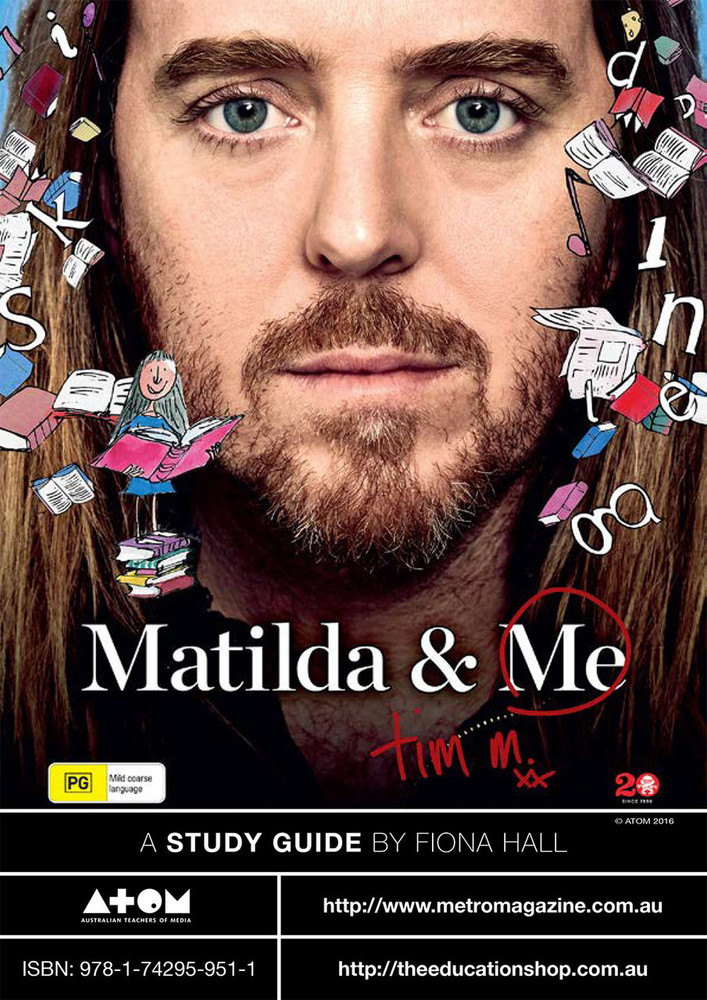 Matilda & Me tells the story of the Australian debut of the global smash hit stage show Matilda the Musical and its composer, Tim Minchin. With intimate access to his life, family and closest friends, the film reveals how Tim has evolved from lour-mouthed, iconoclastic comedian to Australia's most successful musical theatre export. Through candid interviews, rare archive footage, glimpses into Tim's daily life and exclusive personal performances at his home piano, we reveal how the boy from Perth went from the beaches of WA to the stages of Broadway and the West End. We discover the bittersweet success of an Australian away from home and experience Tim's thrill at bringing his beloved Matilda home for the first time.

Narrated by Tim's sister Nel, Matilda & Me explores Tim's life story from her perspective and looks at how he'd been preparing for this moment his entire life. A largely personal story, the film examines the life and work of Tim and why bringing Matilda home to Australia is perhaps his most important challenge yet. Set against the backdrop of the Australian production preparing for its premiere in Sydney, the high energy of the rehearsal room features the original Australian cast. The magical songs from the musical propel the story towards its star-studded opening-night climax.

Featuring high-profile interviews with Andrew Lloyd-Webber, Roald Dahl's wife Felicity and Hollywood star Mara Wilson from Danny Devito's Matilda (1996), along with revelations by Tim's colleagues, friends and family, the film examines how Roald Dahl's Matilda was transformed by the Royal Shakespeare Company into one of the most successful musicals of its generation.

Matilda & Me can be linked to studies of Year 7 English with the Australian Curriculum. It is particularly recommended for study in connection to a study of Roald Dahl's book Matilda, and many of the activities in this guide relate directly to this.