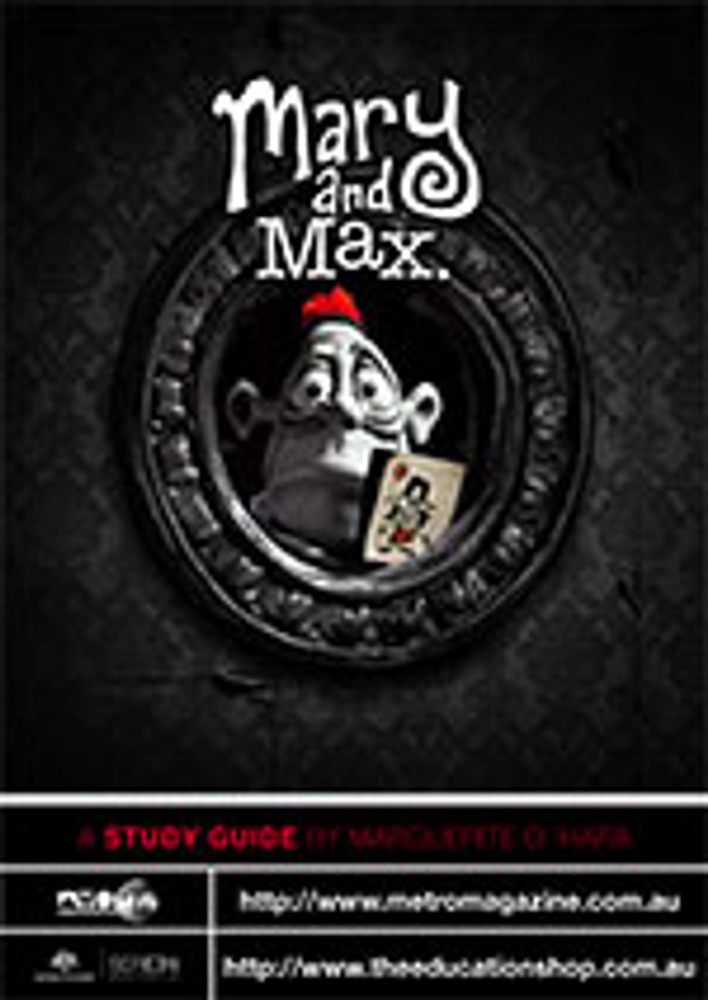 Mary and Max is an animated feature film from the creators of the Academy Award-winning short animation Harvie Krumpet (Adam Elliot, 2003). This is Adam Elliots first full-length feature film. Like Harvie, it is an animated film with claymation characters. However, unlike many animated feature films, it is minimal in its use of colour and the action does not revolve around kooky creatures with human voices and super skills. Mary and Max is about the lives of two people who become pen pals, from opposite sides of the world. Like Harvie Krumpet, Mary and Max is innocent but not naive, as it takes us on a journey that explores friendship and autism as well as taxidermy, psychiatry, alcoholism, where babies come from, obesity, kleptomania, sexual difference, trust, copulating dogs, religious difference, agoraphobia and much more.

Mary and Max recently screened at the Berlin Film festival in the Generation14+ section aimed at teenagers where it was awarded the Jury Special Mention. However, this is not a film written specifically for a young audience. It is both fascinating and engaging in the way it tells the story of the friendship between these two people and would have wide appeal. It is both very funny and poignant. Many of the themes explored in the film bullying, being different, loneliness, longing for connectedness and understanding would appeal to students. At the same time, the extraordinary technical challenges of making a claymation animated film, where everything is hand-made and there is no use of computer generated imagery (CGI), now commonly used in films such as Toy Story (John Lasseter, 1995) and WALLE (Andrew Stanton, 2008), will be something that many students will find fascinating.

It would be enjoyed by middle and senior secondary students as well as tertiary students studying film. Mary and Max would be relevant in the following curriculum areas: