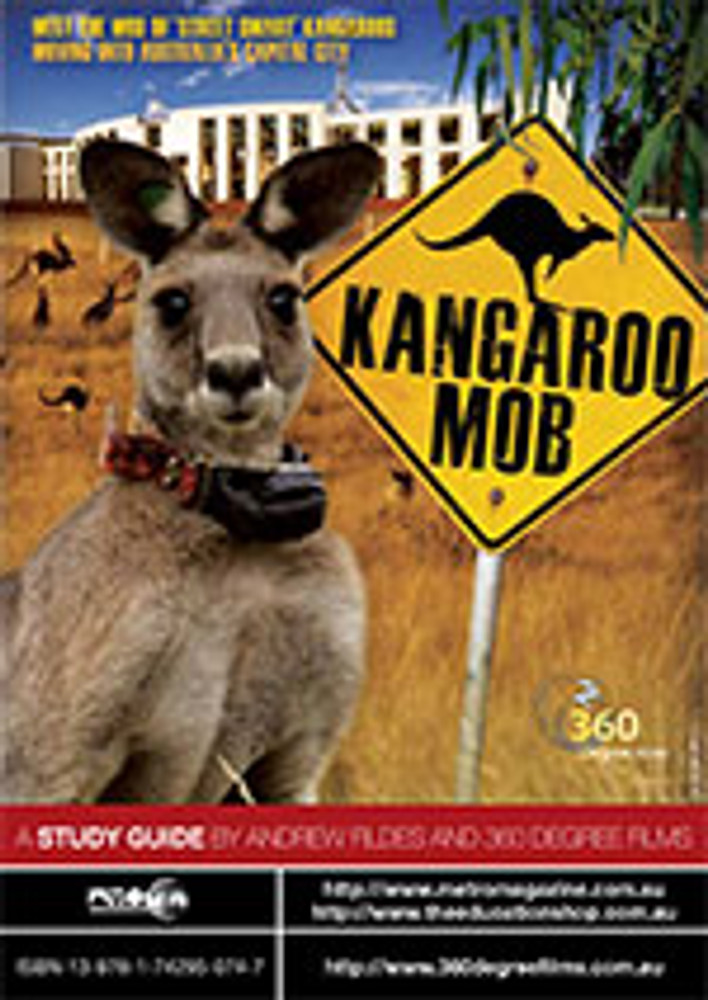 Meet the mob of 'street smart' kangaroos moving into Australia's capital city and the ecologists following their every move.

After fifteen years of drought, Canberra's Eastern Grey Kangaroos know that the parks and gardens of Australia's 'bush capital' provide a reliable supply of juicy exotic grasses. But learning to be a street-smart urban roo is tough as the kangaroos must negotiate busy roads and avoid cars and dogs.

Inevitably their incursion into human habitat causes problems – damage to property and collisions with cars. It's costing millions of dollars and thousands of animals are killed each year. The farmers complain that the roos are eroding farmland and damaging their fences. The ACT Government holds an annual cull to 'manage' the problem by keeping kangaroo numbers at 'sustainable levels'.

Confrontations with animal rights activists opposed to the cull make international news. It's a situation that arouses passions and polarises opinion. Are the kangaroos pests that need to be eradicated or a protected national icon to be saved at all costs?

Two ecologists, Don Fletcher and Claire Wimpenny, hope to provide some answers in a twelve-month study that uses GPS collars and satellite technology to track the kangaroos' nocturnal movements.

Filmed over a year, Kangaroo Mob follows a few remarkable urban kangaroos to provide a warm and entertaining look at what happens when human development encroaches and two very different species are forced to co-exist.

The key concepts explored in the documentary are the problems caused by interaction between humans and kangaroos in urban areas; the social adaptation of Eastern Grey Kangaroos to the built environment; technological developments in wildlife research projects; and controversial issues in wildlife management, such as population control through culling.

NB: Includes brief scenes of courtship and mating. Also some scenes of road kill events may be distressing for younger students.