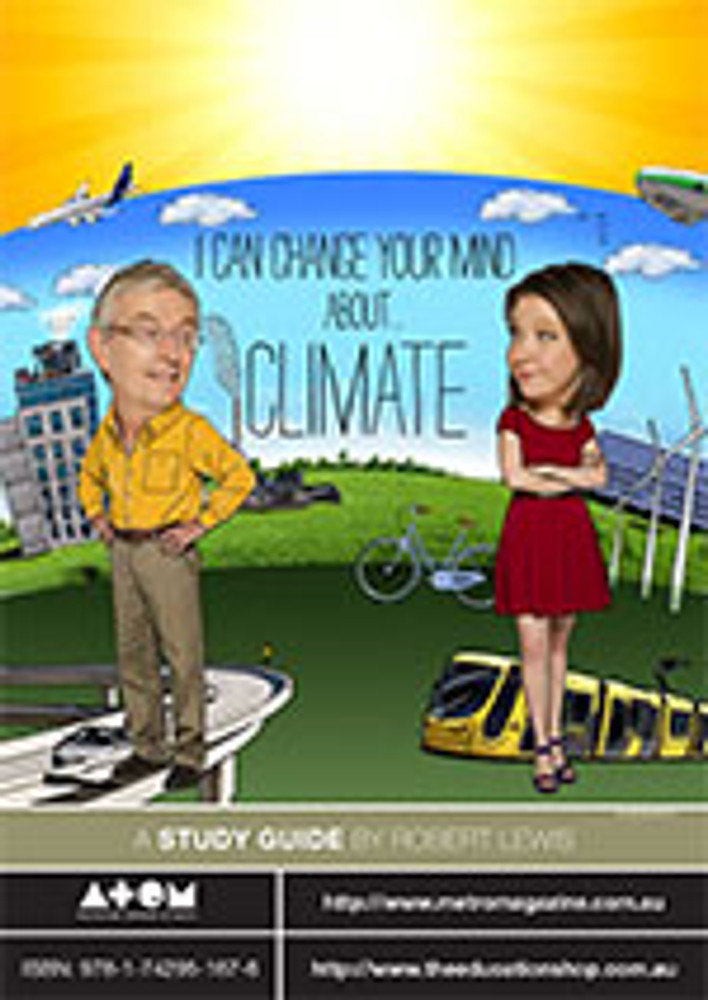 I Can Change Your Mind About Climate (ATOM Study Guide)

Australians have never been more divided on the question of climate change and what to do about it.

A recent poll by the CSIRO found that just 50 per cent of Australians attribute climate change to human actions. The issue is no longer only a scientific argument – it's political, and increasingly becoming personal.

We've never been more divided about who to believe and what to do. The discordant attitudes towards climate change reveal our different ethical, ideological and political beliefs, our different interpretations of the past and our competing visions of the future. Can one side of the argument convince the other? Can we break through the trenches and find a new way of engaging in this vital discussion?

In I Can Change Your Mind About Climate (Max Bourke, 2012, 60 minutes), two passionate, intelligent and successful Australians – former senator Nick Minchin and youth activist Anna Rose – separated by a generation and divided by their beliefs, go on a journey of mutual discovery to see if they can change each other's minds about one of the most divisive issues in Australia today: climate change. It's an adventure that will challenge both their beliefs, while giving the Australian public a much-needed opportunity to think afresh about where they stand on the defining issue of our times: what to do about global warming.

All About Olive (ATOM Study Guide)