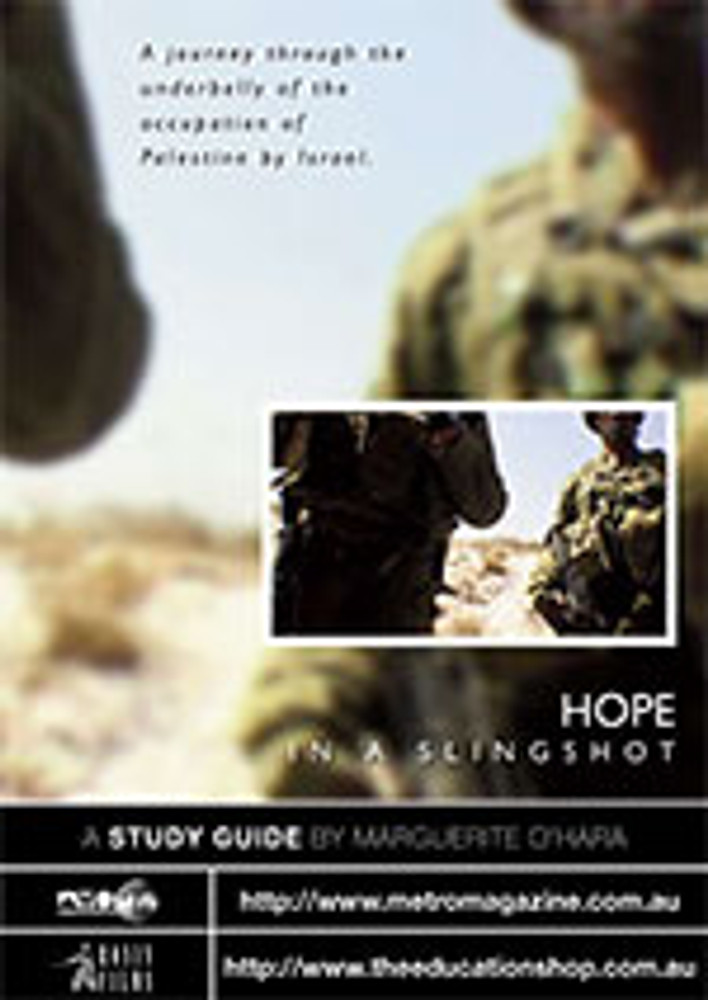 Hope in a Slingshot (Inka Stafrace, 2008) is a sixty-minute documentary about the ongoing conflict between Palestinians and Israelis on the West Bank and the Gaza Strip. It shows how Israeli settlers moving into this territory subject Palestinians to ongoing harassment and dispossession of land.

This is a film about power and control, exploitation and dispossession, injustice and persecution. It raises a number of important issues about the continuing conflict between Palestinians and Israelis. The film demonstrates through maps, statistics, personal interviews and the experience of the filmmaker just what is happening to Palestinians and their human rights as their daily lives and opportunities are increasingly restricted by the actions of Israeli soldiers and civilians laying claim to more and more land. The film also explores the failure of the United Nations and other countries to halt these incursions.

Hope in a Slingshot would be a valuable resource to show students in middle and senior secondary classes in a number of curriculum areas including:

This study guide is designed to:

The film assumes students have some knowledge of the history of this continuing conflict. The background material in this guide (including the maps) provides a brief history of the roots of this conflict and Activity 1 encourages students to understand their own assumptions of rights and responsibilities within the context of the issues explored in this documentary.