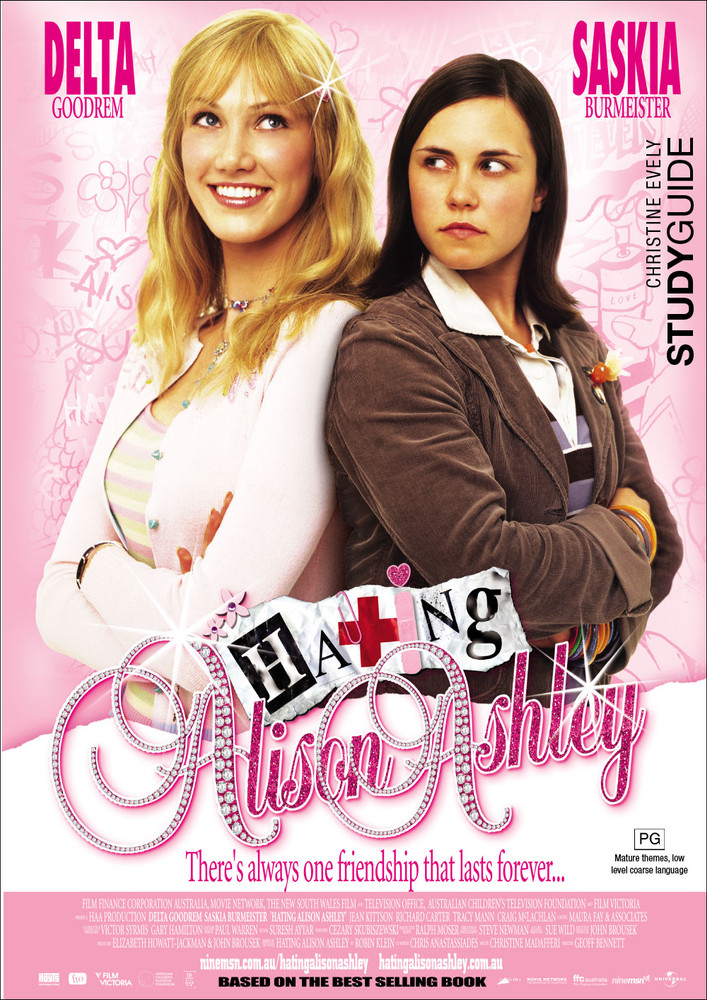 Based on the novel of the same name by Australian author Robin Klein, the feature film Hating Alison Ashley is a comic yet poignant portrayal of how teenage dilemmas, schoolgirl rivalries and embarrassing families can eventually lead to true friendship.

Hating Alison Ashley explores the rivalry between Erica Yurken (Yuk) – a melodramatic teenager living in a chaotic house with a very unconventional family who believes she is destined for greater things, and new girl at school Alison Ashley. Alison is beautiful and rich and to top it all off, she's smart, but when the two girls go away on a school camp, their veneers are slowly removed and they begin to see the real other and themselves in a new light. Appealing to ages 12–16, the film and the educational resources explore book to film, narrative structure, adolescence, change, ethics, values, justice, self and relationships.