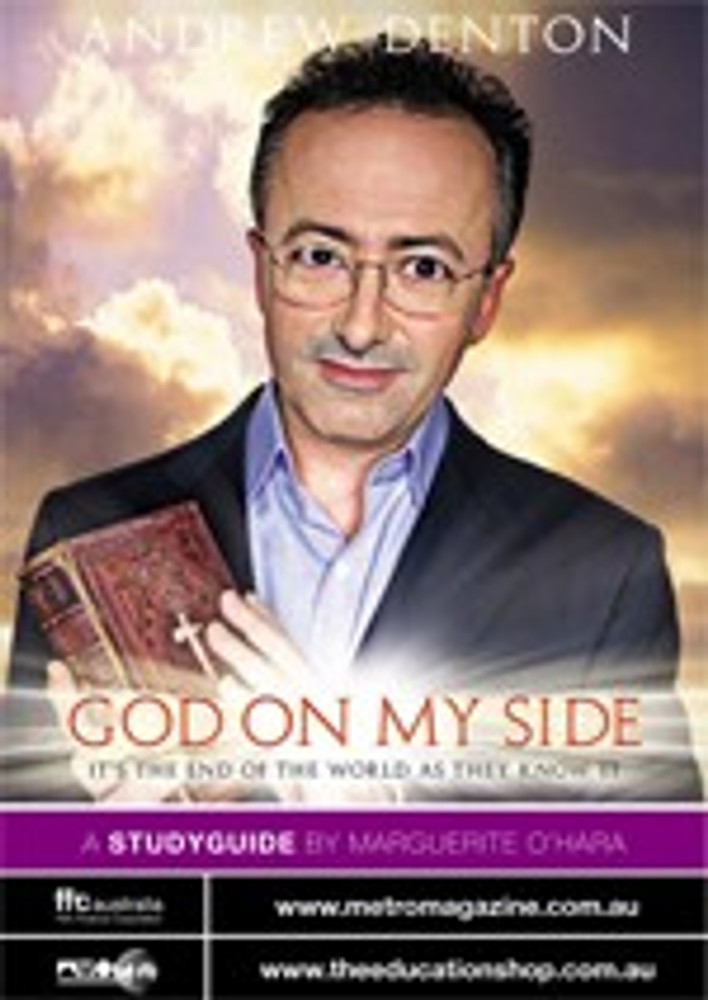 God on My Side (ATOM Study Guide)

Andrew Denton, best known in Australia for his award-winning ABC Television interview program Enough Rope, went with a film crew to the 63rd National Religious Broadcasters Convention in Dallas, Texas in 2006. Over four days they filmed some of the proceedings and Denton interviewed a number of the 6000 delegates.

In God on my Side (Anita Jacoby, 2006) Denton questions some of the mainly evangelical, fundamentalist Christians, about the origins of their personal faith and how this faith affects their view of the world, their country and their President, George W. Bush.

The film is about faith and the places it can take people. More than 6000 Christian communicators gathered at the Gaylord Convention Centre to discuss how best to spread the word of God in this new century, and how to take advantage of opportunities presented by the explosion of new media technologies and audiences.

This feature-length documentary records what Denton found. By turns serious and comic and sometimes a little disturbing, it examines the cutting edge of evangelical technology, the business of God, the America of the religious right, and what the inescapable truths of the Bible mean for US foreign policy and the Middle East. Denton asks a range of Christians about their beliefs and experiences.

Wrong Side of the Road (ATOM Study Guide)

On Richard's Side (ATOM Study Guide)