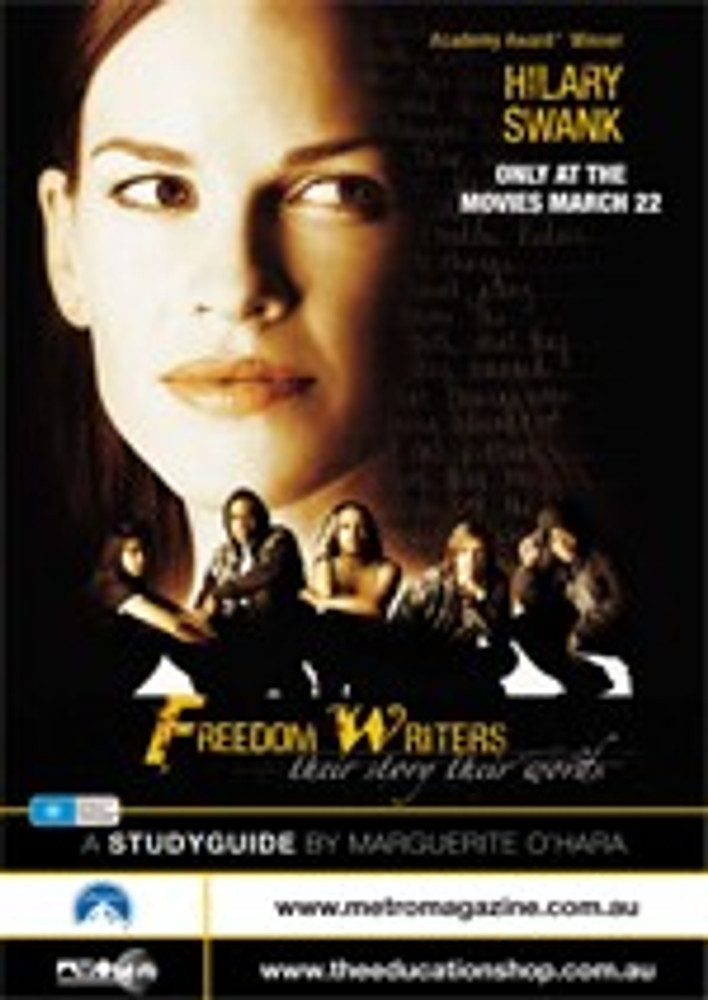 Freedom Writers is a film about a young, idealistic teacher, Erin Gruwell (played by Hilary Swank) and her class of racially mixed students at Wilson High School in Long Beach, California. It is based on a true story. The film is set in 1994 following the 1992 race riots in Los Angeles which were sparked by the televised police bashing of Rodney King. The film's title refers to a book of the students' writing, published in 1999, on which the film is based – The Freedom Writers Diary.

Erin Gruwell is ready to take on the world as she steps inside Wilson High School for her first day of teaching. Her class, a diverse group of racially charged teenagers from different walks of life – African Americans, Latinos, Asians, juvenile delinquents, gang members, and underprivileged students from poor neighborhoods – hope for nothing more than to make it through the day. On the surface, the only thing they share is their hatred for each other and the understanding that they are simply being warehoused in the educational system until they are old enough to disappear. Despite her students' obstinate refusal to participate during class, Erin tries various means to engage them on a daily basis.

But then ghetto reality steps in to focus the picture. A racially motivated gang shooting witnessed by a Latina gang member in Erin's class, and an ugly racial cartoon that Erin intercepts during class, become the most unwittingly dynamic teaching aids. They spark a transformation in the classroom, compel the students to listen and force her to take off her idealistic blinkers and take in the kids' survival stories of their undeclared war on the streets. Erin begins to connect with them. She brings in music from the Hood, and literature from another kind of ghetto, The Diary of Anne Frank, and with these simple tools she opens her students' eyes to the experiences of those suffering intolerance throughout the world and the struggles of those outside their own communities.