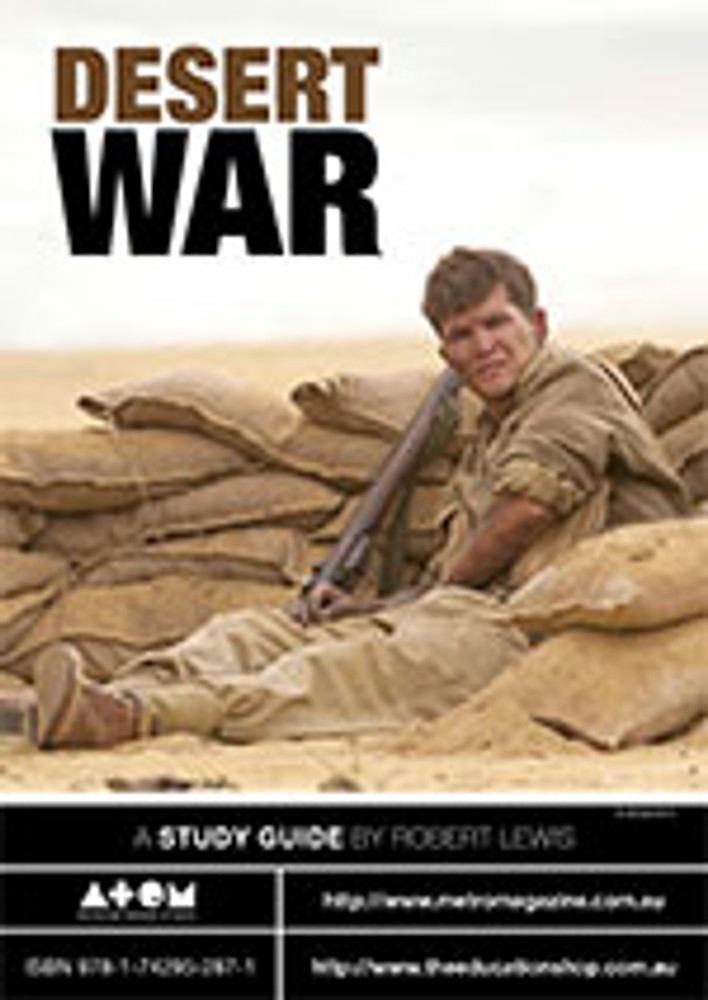 In the deserts of North Africa in 1941 and 1942, two legendary fighting forces were born: the Australian and British 'Rats of Tobruk' and General Erwin Rommel's 'Afrika Korps'. Desert War (Steve Westh, 2012) is an exciting, insightful and subtly revisionist account of the two-year conflict between these armies, one of the most celebrated and romanticised campaigns of World War Two.

Just as the advance of Hitler's armies appeared unstoppable, and with the course of the War on a knife-edge, a combined British, Australian and Commonwealth force in North Africa proved to the world that the Nazis could not only be stopped but beaten.

However, final victory only came after a series of seesaw battles covering thousands of kilometres of trackless desert. The fighting swung so far in Rommel's favour it appeared he would drive the Allies out of Egypt, seize the Suez Canal and deliver Adolf Hitler another towering victory.

This series peels back the official history to examine the intricate links between political leaders, intelligence chiefs and commanders on the front line, revealing the secret machinations that influenced the campaign. And it reveals – for the first time on television – the incredible story of a little-known espionage triumph for the German and Italian Axis forces. It was an intelligence coup that transformed a senior American liaison officer into an unwitting Axis superspy and bolstered the growing legend of Erwin Rommel as 'The Desert Fox'.

By combining the eyewitness accounts testimony of veterans with gripping military action, Desert War brings the North African campaign to life with a power and emotional intensity rarely accomplished on television.

It includes stories of iconic battles and the day-to-day life of soldiers from both sides, fighting in a desolate, unforgiving landscape, having not only to survive enemy fire, but also contend with poor rations, brutal heat and the constant threat of disease.

Packed with action and intrigue, Desert War gives a seventy-year-old legend a shake, and shines a light into fascinating hidden corners of a much-loved story.

Desert War is an appropriate resource for use in these middle to senior secondary curriculum areas: