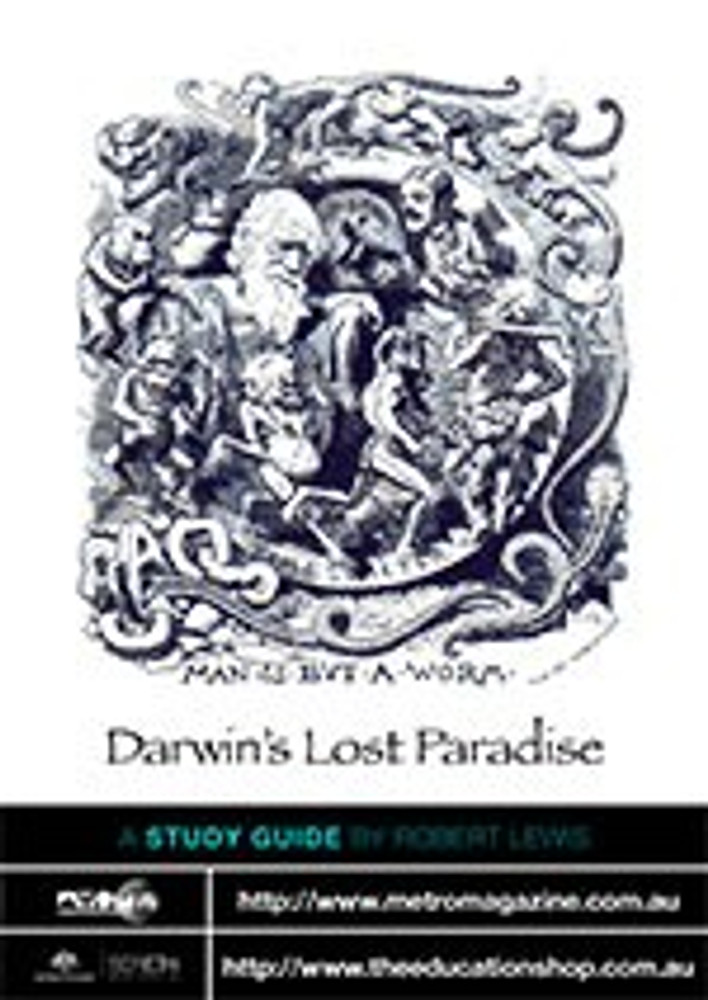 Charles Darwin is the author of the theory of evolution by natural selection, an idea that shook the world of the nineteenth century and reverberates to this day.

In his great work, On the Origin of Species, Darwin proposed that we are all descended from a common ancestor. It is the basis of modern biology and our understanding of nature.

Many of the observations which brought Darwin to his conclusions were made on board the Beagle, a British naval research ship which took him around the world in a voyage which lasted from 1831 to 1836. Darwin embarked on this voyage as a Christian. The great variety and complexity of the natural world which he encountered caused him to question the validity of the established order which he had been taught.

In the 150th anniversary year of the publication of Charles Darwin's theory, teachers can use Darwin's Lost Paradise, as an effective resource in their classrooms. It is a two-part series (52 minutes per episode) that combines reconstruction of major events on key sites visited by the Beagle, interviews with experts, and historic and contemporary footage and illustrations.

This series tells the story of the voyage and its effect on the young Charles Darwin (he was twenty-two years old when he set out). It also explores the methodology of Darwin's research work on the voyage, his thought processes as he encountered the extraordinary 'new world' and sought to examine the relationship between the natural order of things and the notion of divine creation.

The program investigates the scientific research and thought in the fields of geology, zoology and biology, which have been inspired by Darwin's discoveries. Contemporary scientists illustrate Darwin's thought process and research procedures and evaluate them in light of today's scientific findings.

It provides students with an engaging, empathetic and readily understandable outline of the nature and significance of the voyage, and of the importance of his theory of evolution for our world today.

Do or Die: Lost at Sea (ATOM Study Guide)