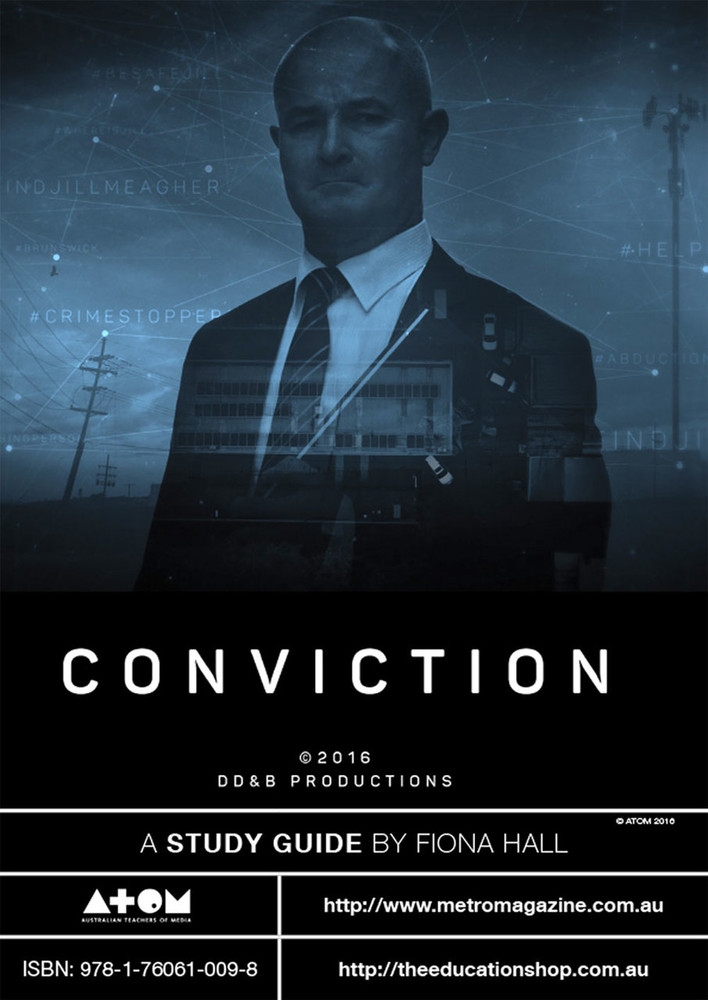 Homicide detectives are the recognised elite of any police force. Their job involves not only establishing the facts of a murder, hunting down the killer and building the evidence that will guarantee a conviction, it also by default assumes the burden of private grief and public expectation.

Conviction delves deep into the world of the homicide detective. It is the riveting drama of a high-profile murder investigation that began without a body or a crime scene. The journey as the case unfolds piece by piece, is a remarkable account of the often painstaking and sometimes inspired steps that must be taken to find, catch and convict a killer.

Layered upon this is the inner tension that is an integral part of life in homicide: the job of dealing with death can often make it difficult to deal personally with daily life. In a series of powerfully honest and engrossing interviews, Victorian detectives relive the hunt for the killer of Melbourne ABC staffer, Jill Meagher, whose disappearance in September 2012 sparked a social media frenzy and galvanised a national outpouring of emotion. This is the story behind the media headlines: the personal journeys that underpinned the search for Jill, the very public manhunt for her killer and the elaborate weaving of evidence that would finally trap him into confession after hours of police interrogation.

As a narrative of police procedure it is intriguing and illuminating, but its power comes from the personal insights it affords its audience. The men and women who looked for clues to explain Jill Meagher’s failure to arrive home and followed their instincts that a man in a blue hoodie seen in grainy CCTV images was the killer they were after, are obviously deeply affected by what they came to see and learn.

It is impossible to look at the Jill Meagher case without an examination of both the impact of social media and the inadequacies of the parole system. Jill's killer, Adrian Bayley, was on parole and also on bail for aggravated assault at the time of her murder. In that sense, Jill was also the victim of a poorly-functioning and under-resourced justice system that blatantly put public safety at risk - with tragic (and avoidable) consequences.

As for social media, many thought it drove the tone of the case and it began a groundswell of outrage towards violence against women that culminated in 30,000 people marching to reclaim the streets in Jill's name.

Conviction leads viewers through the complicated professional, personal and public stakes that intertwine around murder. It is a twisting of events that leaves very few untouched.

Conviction can be studied in relation to the following subject areas of the Australian National Curriculum:

It can also be studied in relation to the following General Capabilities:

It can also be used as a supplementary text in relation to the following Senior Secondary curriculum areas: