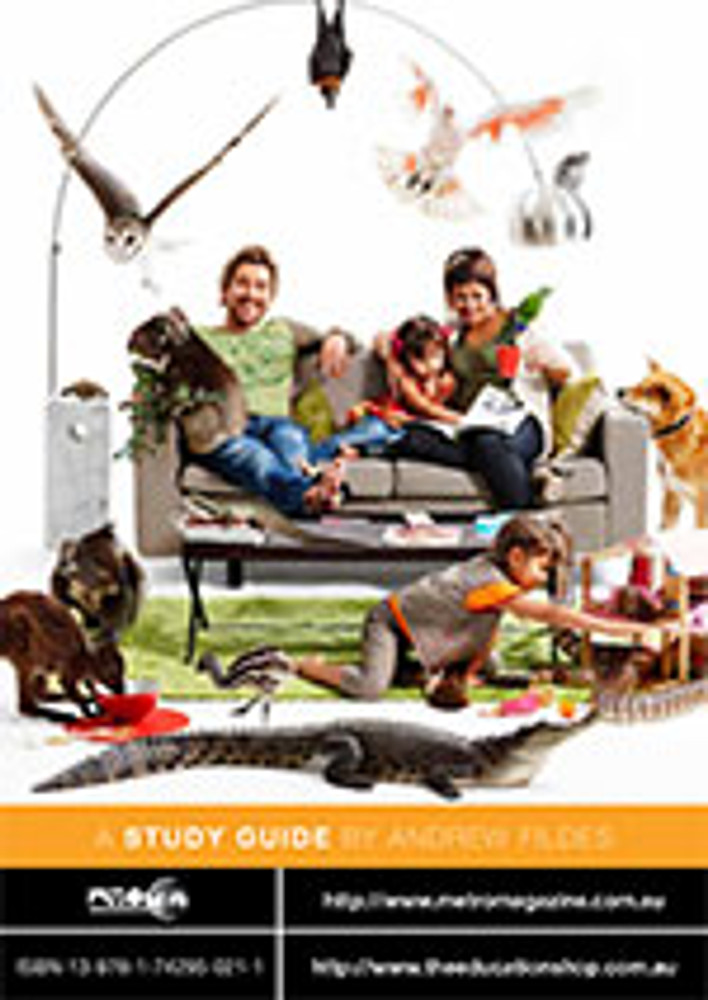 Who is Chris Humfrey? An extraordinary character. Imagine that Jamie Oliver got interested in animals rather than cooking – and ran a small zoo! Chris is what he'd look like: the same energy, the same 'laddish' charm and a boundless enthusiasm for his work. With wife Nicole and young daughters Charlie-Ashe (6 yrs) and Taasha (4 yrs), the Humfreys have turned their life into a full-time wildlife experience – they live a wild life.

Since 1994, zoologist Chris has been providing educational wildlife events – school incursions, parties, corporate / workplace events, public shows. He and his family live with over 2000 animals in and around their home near Mt Macedon in Victoria. Their house is the centre of a private zoo which not only supports their educational programs but also features the care of injured and orphaned wildlife and runs a number of captive breeding programs for rare and endangered native species.

Every day brings a whole new set of problems at the zoo. Some are part of the normal running but some unique and quite unpredictable. Forgetting to close a small door means that large snakes make a run for it or the zoo's office is overrun by rather expensive young stick insects – hundreds of them. Orphaned animals have to be hand reared, rare foods need to be found, dangerous animals handled safely. Chris is also a born explorer driven to disappear on adventures in search of new animals or ... just because.

The Humfreys' award-winning company, Wild Action, is one of the most successful businesses of its kind and the family can't do it all. They employ a dedicated band of young 'Gen Y' presenters to help cope with the huge workload of animal care (zookeepers) and presentations. Volunteers take up some of the load and there is even a young zookeeper program of supervised work experience. This all gives rise to many personal stories – both people and animals – more than enough to support a thirteen-part series.

The series shows a mix of both human and animal interest stories. Each of the thirteen episodes centres on three sub-stories which in turn raise various issues concerning wildlife. The style is an observational documentary, a 'point-of-view' approach and we see much of the action through Chris' eyes. As many of the animals are active at night, infra-red video technology and motion sensors were used to capture as much of the action as possible.

Typically, in each episode, there will be the story of a particular animal or species, one of a zoo-keeping and care issue and one related to the educational role of the company. Uniquely the show overlaps the styles of wildlife documentary and reality show as we see both animals and people overcoming various genuine difficulties in their lives.

The series is aimed at a wide audience and during the early episodes, most of the presentations shown are to junior primary students – Grades Prep–2. However it would be suitable for showing to mid-primary to Year 10 students – older students could consider the issues and implications of wildlife education for instance, rather than just the animals themselves. Each episode runs for 26 minutes with a common opening sequence. Each deals with three differing problems, ideas or events with some being followed up in subsequent episodes. Different themes in each episode are suitable for different age levels. There are individual animal care stories and plenty of animal poo jokes for the younger students, conservation and care issues for the older grades and small business aspects for the older secondary students. Older students may also consider some career paths in animal care and zoo-keeping.

A major resource for using the television series as a classroom resource is Chris Humfrey's own Wild Action website at <http://www.wildaction.com.au>. It not only provides boo