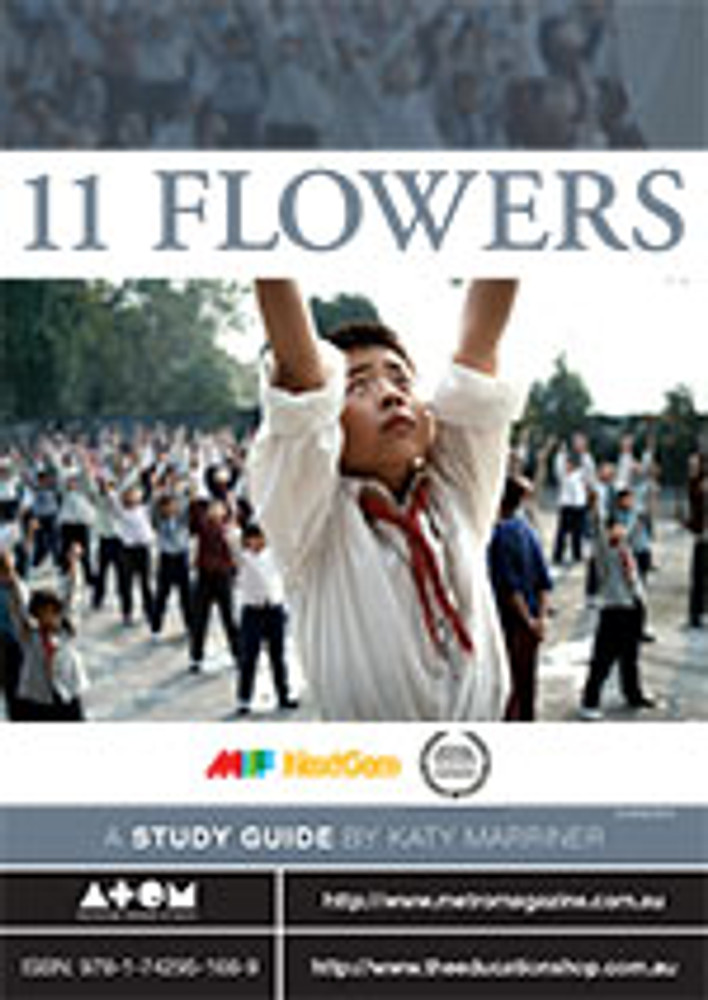 It is 1975, what will become the final year of the Cultural Revolution, and Wang Han (Liu Wenqing) is an eleven-year-old boy living in the province of Guizhou. Wang Han's father (Wang Jingchun) has been forced to move his family from Shanghai to the countryside as part of the Third Front Movement. An intellectual, Wang Han's father encourages his son to paint, believing that a career as an artist will grant him independence. Wang Han's mother (Yan Ni) works at a local factory, and has sole responsibility for the children during the week while her husband works with an opera company in Shanghai.

When Wang Han is asked to lead the other students during gym sessions, the school principal, Mrs Zhou (Yu Yue), suggests that he should wear a white shirt. Wang Han's mother disagrees; a new shirt will cost a year's worth of cloth rations and the family cannot afford such an extravagance. It is not until she witnesses Wang Han on the stage that she is prepared to make such a sacrifice. She buys the fabric and stays up all night sewing a white shirt for Wang Han. A proud Wang Han wears his shirt to school and is the envy of his friends who must wait until the New Year for their new clothes.

For Wang Han and his friends, Wei Jun (Lou Yihao), Louse (Zhang Kexuan) and Mouse (Zhong Guo Liuxing), most days are spent playing childish games and indulging their curiosity about the adult world. The boys are particularly interested in a girl at school, sixteen-year-old Jue Hong (Mo Shiyi). When Jue Hong arrives at school late and looking troubled, the boys are keen to know why. A murder in town becomes the source of much speculation amongst the adults, and Wang Han and his friends are soon aware that Jue Hong is involved.

One day down at the river, Wang Han encounters the murderer, Jue Hong's brother Jueqiang (Wang Ziyi). A wounded Jueqiang steals Wang Han's shirt and runs into the woods. Wang Han gives chase and soon finds himself face to face with the wounded man. Jueqiang needs Wang Han's help. A frightened Wang Han agrees. He gathers the leaves of a medicinal plant to dress the wound and lets Jueqiang use his white shirt as a bandage. Returning home without his shirt, Wang Han incurs the wrath of his mother, who cannot understand how he has lost something he begged and sulked for.

Having fallen out with his friends, Wang Han decides that sharing the story of his encounter with Jueqiang will win their attention. Together the boys venture into the woods, searching for Jueqiang and his hideout. Once the secret has been shared, it does not take long for the authorities to find out and the pursuit of the fugitive resumes.

Despite the atmosphere of unrest, Wang Han and his father find time to paint. On one of their field trips they encounter Old Xie (Cao Shiping) and his daughter Jue Hong. Old Xie unable to contain his hurt and resentment about all that has befallen his family chooses Wang Han's father as a confidante. Chen Kunfang, a factory worker and revolutionary committee member, raped Jue Hong. Jueqiang murdered Chen to defend his sister's honour.

Jueqiang's need to right the wrongs of his world draws him back to town. While setting fire to the factory, he is caught and imprisoned. Not long after, Wang Han receives a parcel containing a new white shirt. Wang Han tells his parents the truth about his encounter with Jueqiang that day in the woods. They visit the prison to inform the authorities, fearing that remaining silent about the gift may cause even more trouble. Their concerns are allayed but they leave the prison troubled by the news that Jueqiang will be executed.

On the day of the execution, Wang Han's friends race to watch but Wang Han does not join them. Knowing what Jueqiang has sacrificed and having witnessed Jue Hong and Old Xie's grief, Wang Han no longer sees his world from an innocent perspective.

Discussing the key concepts of 11 Flowers

11 Flowers provides students with the opportunity to discuss the transition from childhood to adolescence. Eleven-year-old Wang Han is both curious and confused about the adult world. Wang Xiaoshuai's portrayal of Wang Han's family, friends and neighbours is also of interest, revealing how relationships shape an individual's identity and sense of belonging.

For many students, the film will provide an introduction to the history of China during the time of the Great Proletarian Cultural Revolution. Wang's particular interest in is the impact of the Third Front Movement on the lives of Chinese citizens.