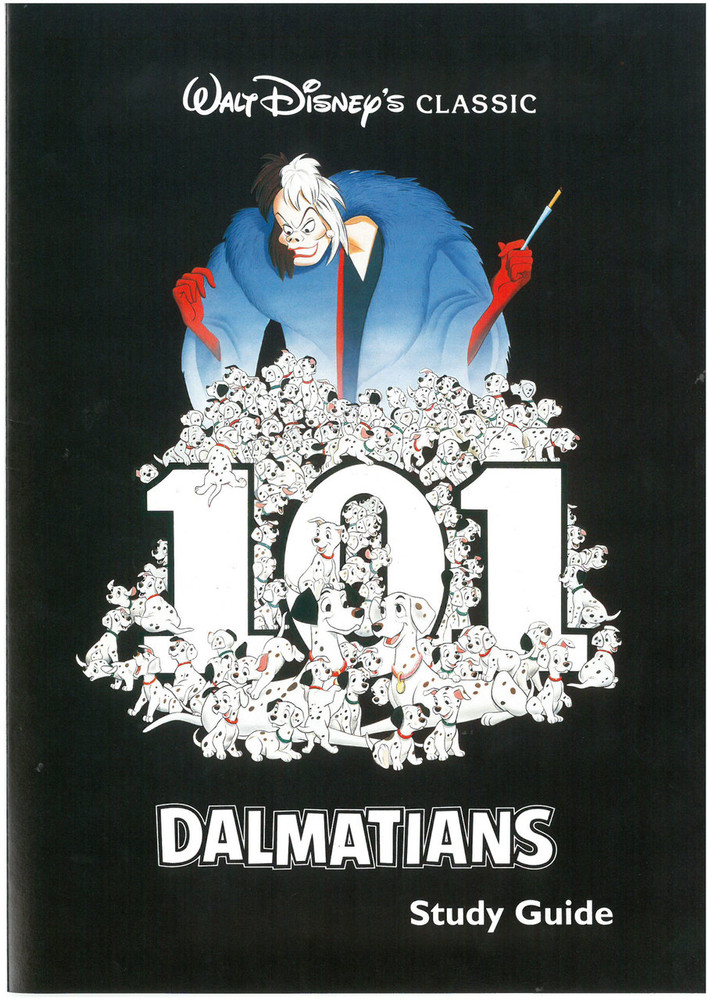 The story begins in London, where a Dalmatian called Pongo has a human pet, a young song writer called Roger Radcliffe. Like most humans, Roger thinks that people own their dogs, but Pongo knows better. He decides that he and Roger need mates, preferably tidy ones, who will organise the two messy bachelors. One day, Pongo spots a beautiful dalmatian, with a beautiful lady, walking pas the window. He changes the clock, so that it is time for Roger to take him for a walk in the park. After some funny events in the park, Pongo successfully gets Anita and Roger together. It isn't long before they are married, and the four them move into a small house near the park. Life is very happy and uneventful until Anita's old school friend 'Cruella De Vil', begins to visit them. She is a strange woman whom both Roger, Pongo and his new mate Perdita, instinctively dislike. One day, Cruella arrives in her car with a screech of brakes and Roger starts to sing:

Cruella is very interested to hear that Pongo and Perdy are expecting puppies, and she wants to buy all of them, but Roger refuses. There are lots more adventures in store for them all ...

101 Dalmatians is a story which is particularly suited to junior primary classes, although older children and adults will enjoy the film as well. Primary children will become involved with the story, the characters, the music and the adventure in the film. It can provide stimulus for story telling, story writing, drawing, role playing and media activities. The themes of 'good versus evil', 'pets in families' and 'treatment of animals' are central to the film, and both appropriate and commonly taught at the junior level. The children could also try to be cartoonist themselves, or become involved in associated art and media activities. These activities can be photocopied and used by the children or act as a teacher guide if being used with very young children.