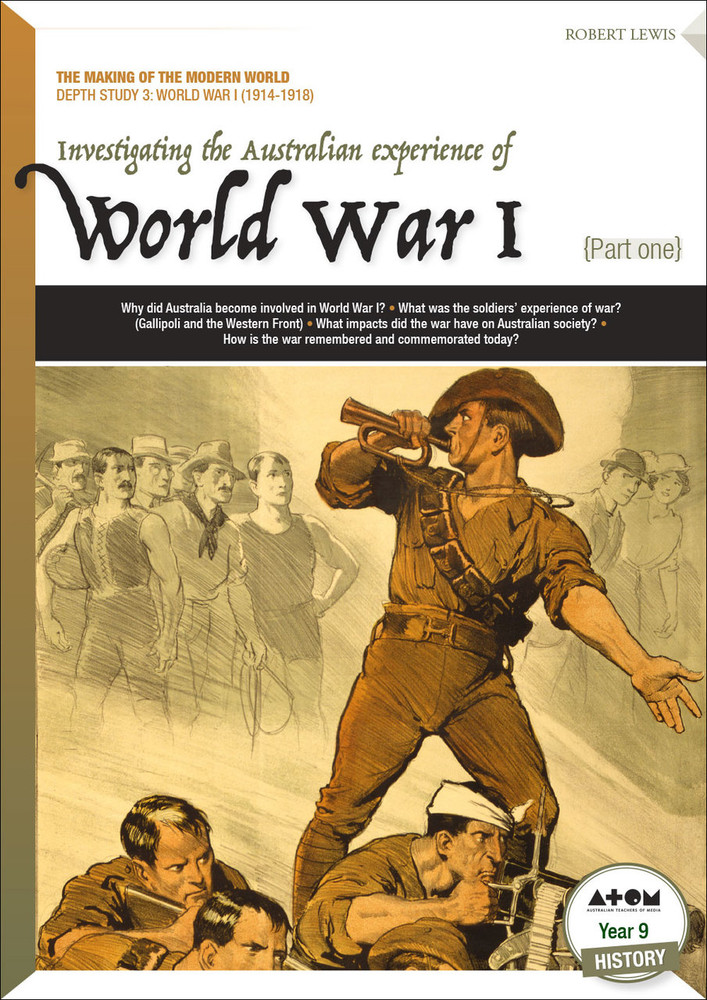 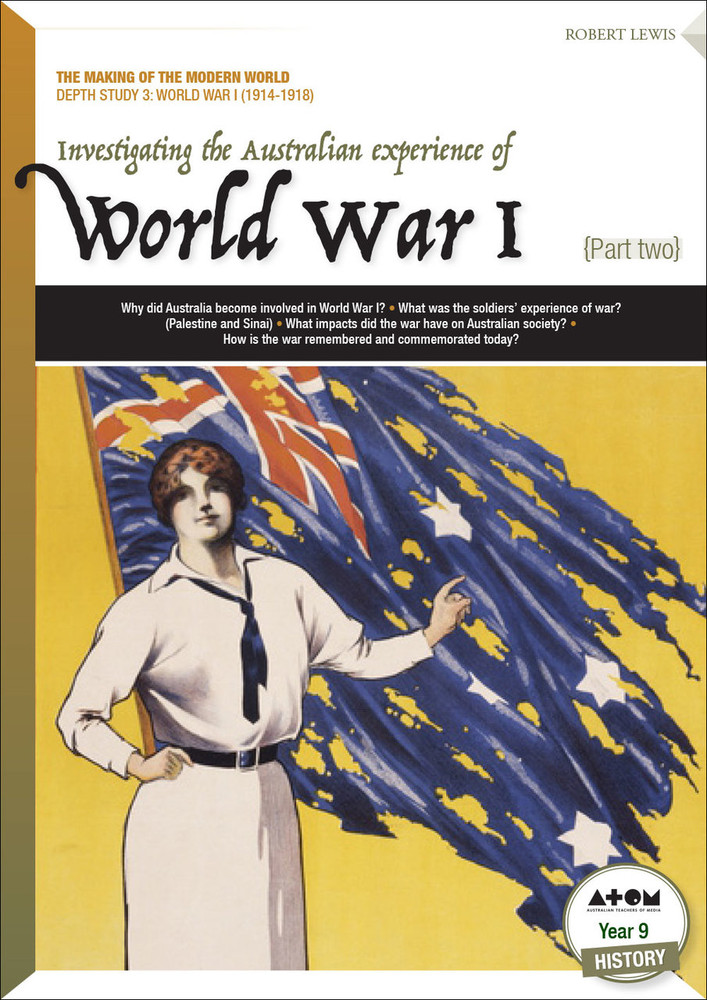 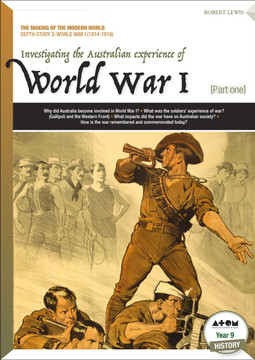 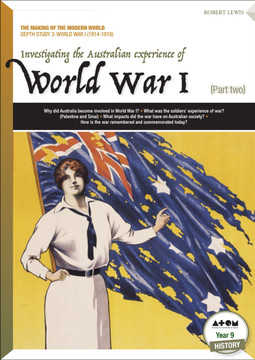 Investigating the Australian Experience of World War I (1914-1918)

The Year 9 curriculum provides a study of the history of the making of the modern world from 1750 to 1918. It was a period of industrialisation and rapid change in the ways people lived, worked and thought. It was an era of nationalism and imperialism, and the colonisation of Australia was part of the expansion of European power. The period culminated in World War I, 1914–1918, the 'war to end all wars'.

Investigating the Australian Experience of World War I (1914–1918) is designed to achieve the knowledge, understanding, historical skills and understanding of key concepts required in the History curriculum documents for Year 9 Depth Study 3 for:

This practical, classroom-ready resource can engage students in the drama, passion and devastation of the war, and develop their knowledge and understanding of, and empathy with, the people of the time and their war experiences – all while developing their historical skills.