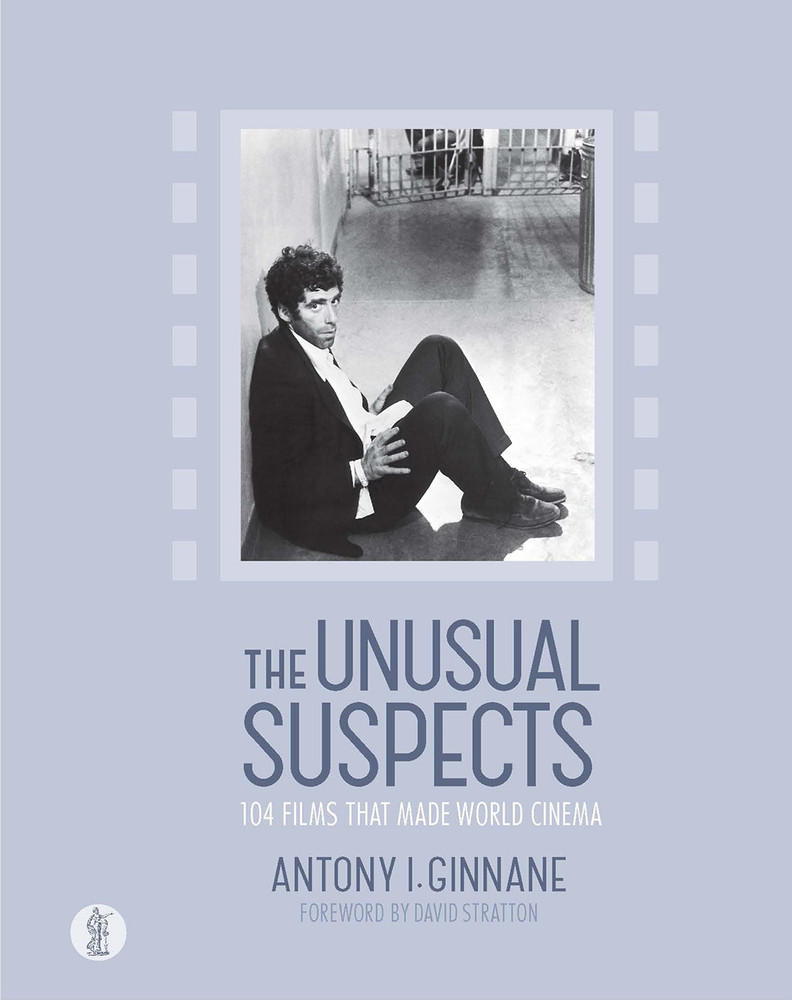 The Unusual Suspects is a list of 104 feature films that author Antony I Ginnane believes can alleviate much of the need for a conventional film-school-based curriculum for emergent producers, directors and writers. As David Stratton says in his foreword to the book: ‘… you can learn more about making movies by experiencing the great movies of the past than by any other method.’

Each film is given a page to itself – with a still from the film on the opposite page – covering an analysis of the film (including plot lines or plot elements), as well as information about the director and their place in film history.

'I love discovering other people's favourite films, particularly the reasons for their choice. The Unusual Suspects contains an eclectic list of films, with some unexpected but tantalising selections. Through it all shines Antony's deep passion for cinema.' – Margaret Pomeranz

'Antony is a producer who loves both films and filmmakers. That love is etched into every sentence of these 104 reviews – along with a keen insight that can only be gained spending a lifetime soaking up celluloid in a darkened cinema.' – Mark Hartley, director

'If young people today are serious about cinema, they should certainly see every one of the 104 films on Antony's list – and then another 104, and then another.' – David Stratton

The Castle: A Cinema of Dislocation (Film as Text)

Irish Film: The Emergence of a Contemporary Cinema