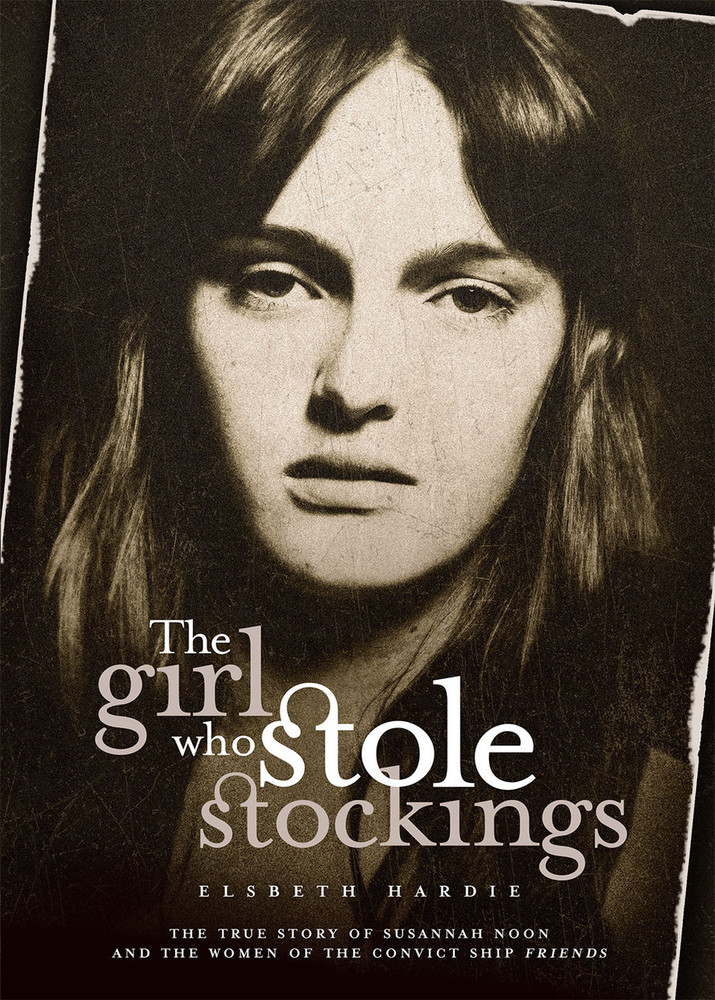 Girl Who Stole Stockings, The

On 8 April 1811 the ship Friends sailed from England carrying 101 female convicts bound for the penal colony of New South Wales. Their crimes ranged from pickpocketing to murder, but most of them had been convicted for theft.

Susannah Noon, not yet in her teens, had tried to steal four pairs of cotton stockings, worth ten shillings, from a shop in Colchester. It earned her a sentence of transportation for seven years 'beyond the seas'. It was a sentence that reverberated throughout her lifetime; she never returned to England.

Instead Susannah and her shipmates found themselves living in a new land as members of a new and unique society. Their only shackles were the vast ocean and their fear of the unknown.

In 1811 there were only 100 women living in New South Wales who had not arrived as convicted felons. Susannah and the other convict women were expected to work and to marry. Most seized the chance for respectability, some fell victim to further disaster, and some continued to lead lives defined by gaol, alcohol and despair. All of them lived through a turbulent time, when New South Wales was transforming itself from a penal outpost to a thriving colony.

Until now, Susannah and the other women of Friends have remained largely silent and invisible to history. In uncovering their stories, author Elsbeth Hardie provides a little-known account of the convict system that prevailed in the early years of transportation and how these women fared within it.

Susannah was the only one of them to move on to another new life in New Zealand, living in a whaling station some years before the arrival of the country's first organised colonists. There, she was a first-hand witness to the events that led to the fight at the Wairau between the land-grabbing New Zealand Company, and Te Rauparaha and his followers. It remains the only armed conflict between Maori and Pakeha in the South Island since the signing of the Treaty of Waitangi.

This is the true story of Susannah Noon and the women of the convict ship Friends.

'I love the way you talk and write as if you are sitting there on her shoulder. It’s a lovely technique because you are mixing meticulous research with lovely emotional impact…'
– Broadcaster, Michael McKenzie on ABC National Radio, Afternoons, Australia, November 2015

'A coherent and interesting narrative...A valuable addition to the historiography of women convicts.'
– Australian author, Babette Smith's review for the 2016 edition of The Journal of Australian Colonial History
'We get a real sense of what life was like for women in the settlement under Governor Macquarie, and how some women were able to transform their lives, while others continued to find trouble…Hardie estimates there are more than 100,000 people in Australia and New Zealand today who are descendants of the convict women from the Friends.  In writing this book, she has done them a great service. If any of them want to research their female convict ancestors this book and its comprehensive references would be invaluable.'
– Em Blamey, Australian National Maritime Museum Signals Magazine, Winter 2017
'There is much to enjoy in this recreation of the world of those transported to, or migrating, to the antipodes. Elsbeth Hardie has managed to create a vivid and vital picture of the world in which her ancestor lived. This is a good read. It is well written and well researched.'
– Denis Mootz, Teaching History, Australia, September 2016
'A brilliantly researched history…may well be one of the best books of New Zealand non- fiction published in 2015.'
– New Zealand author and columnist Steve Braunias writing on www.thespinoff.co.nz, November 2015

Hitchcock: A Gentleman who Preferred Blondes: Hitchcock and The Girl

Temporal Truths: 'The Girl Who Leapt Through Time'