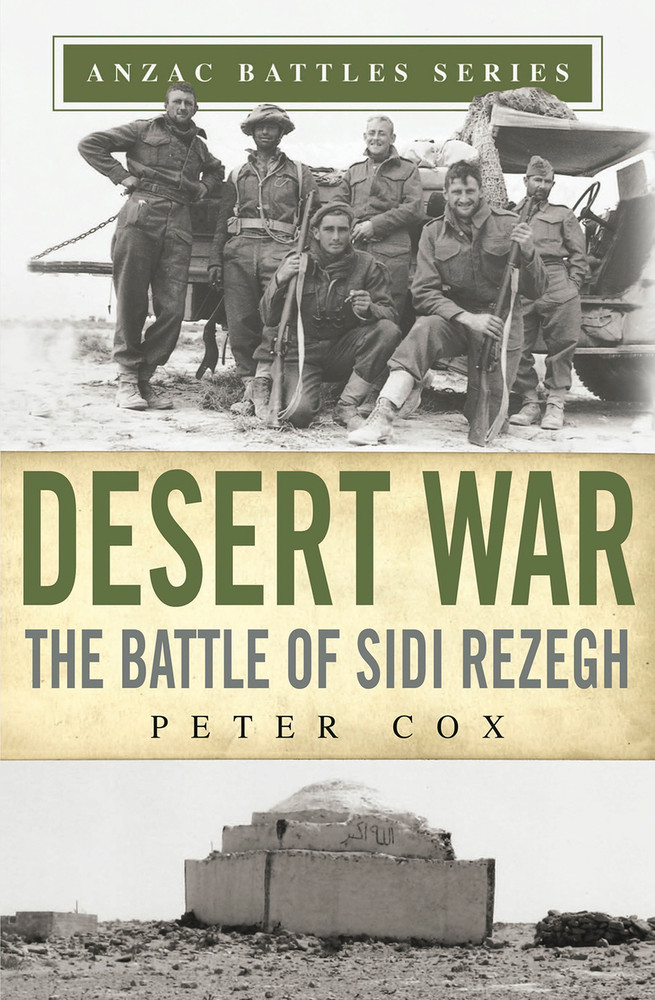 Sir Geoffrey Cox described Sidi Rezegh, fought during Operation Crusader in Libya over November and December 1941, as ‘the forgotten battle of the Desert War’. The objective of Crusader was to retake Cyrenaica, the eastern region of Libya, and ultimately drive the Italians and Germans out of North Africa. The campaign also involved British and South African troops, and did achieve the badly needed relief of Tobruk.

Despite the New Zealand Division’s major role and the importance of this campaign in achieving British victory in North Africa, it has largely been neglected by historians, failing to receive as much attention as Crete, El Alamein or Cassino. Yet more New Zealand soldiers were killed or taken prisoner during Crusader than in any other campaign fought by ‘the Div’ during the war.

Author Peter Cox, whose father fought at Sidi Rezegh, draws on his experience of twice visiting the battlefield to tell the story of this complex and costly campaign. He sets the scene for the fighting in Libya, describes the unforgiving and inhospitable desert landscape, follows the stages of the action itself and recounts the often moving and heroic stories of the New Zealanders who fought there. Many never returned home.

This is both a very accessible account of a significant New Zealand contribution to World War Two and a tribute to the thousands of men who took part in this punishing battle.

Commemorating the Battle of Coral in the Vietnam War