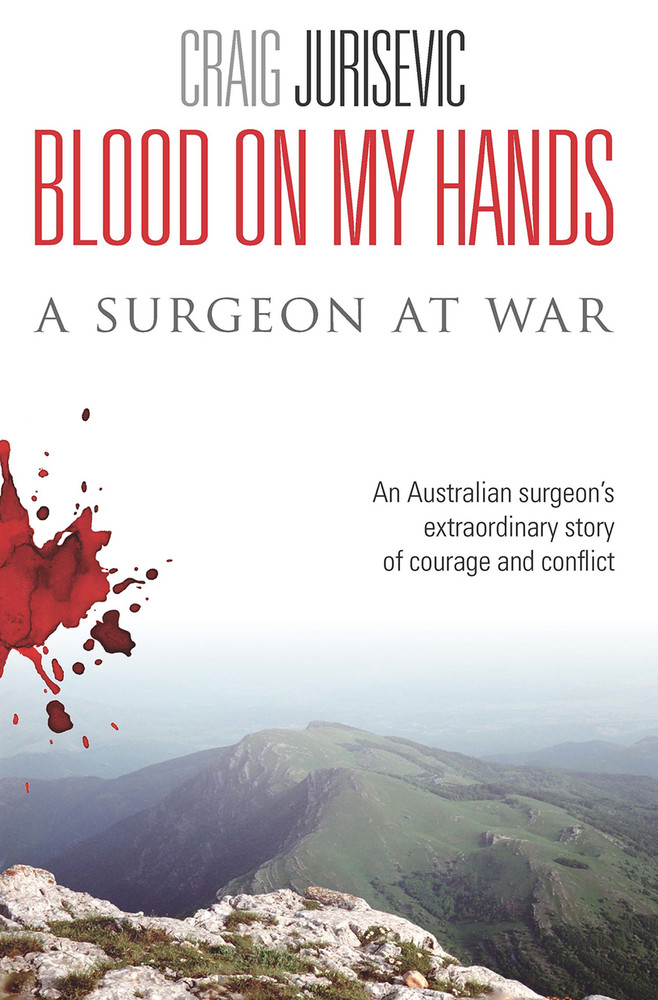 Blood on My Hands: A Surgeon at War

The year is 1999, and a fresh hell is being created before our eyes. It’s hard to believe that the enlightened nations of Europe are allowing this nightmare to occur only sixty minutes by jet from Paris and London. The forces of Serbian strongman Slobodan Milošević have swept into Kosovo on the Balkan Peninsula, leaving a trail of death and heartbreak. Scenes of Milošević’s ‘ethnic cleansing’ play out on television screens all over the world – haunted figures huddled behind barbed wire fences, bodies heaped in ditches.

Adelaide surgeon Craig Jurisevic recalls his grandfather’s ordeal in a Nazi concentration camp and resolves to honour his memory by offering his skills as a surgeon to the victims of the conflict. Leaving his wife and son in Adelaide, Jurisevic flies to the Balkans under the auspices of the International Medical Corps. Although no stranger to the battlefield, he is appalled at the unparalleled savagery of the Kosovo war. Jurisevic’s determination to put his skills to the best possible use leads him closer and closer to the front line, and deeper into danger.

Sickened by scenes of murder and massacre, he sets aside his non-partisan status and joins forces with the Kosovo Liberation Army, operating on the injured at the front and leading night-time missions behind the lines to retrieve injured Kosovar villagers. Struggling to maintain his moral bearings, Jurisevic’s journey from Adelaide to the hell of Kosovo has become a descent into the heart of darkness. Blood on My Hands, co-written with award-winning author Robert Hillman, tells a story of terrible suffering, of extraordinary heroism, and of the savagery that lies coiled in the human heart.

I’m thrilled to be working with Craig Jurisevic to adapt Blood on My Hands into a major motion picture. His unique story of compassion and humanity set against the backdrop of a war-torn country is truly inspiring. I read it from cover to cover in one sitting and immediately knew it would translate perfectly to the big screen. – Eva Orner, Academy Award–winning film producer

In My Blood It Runs