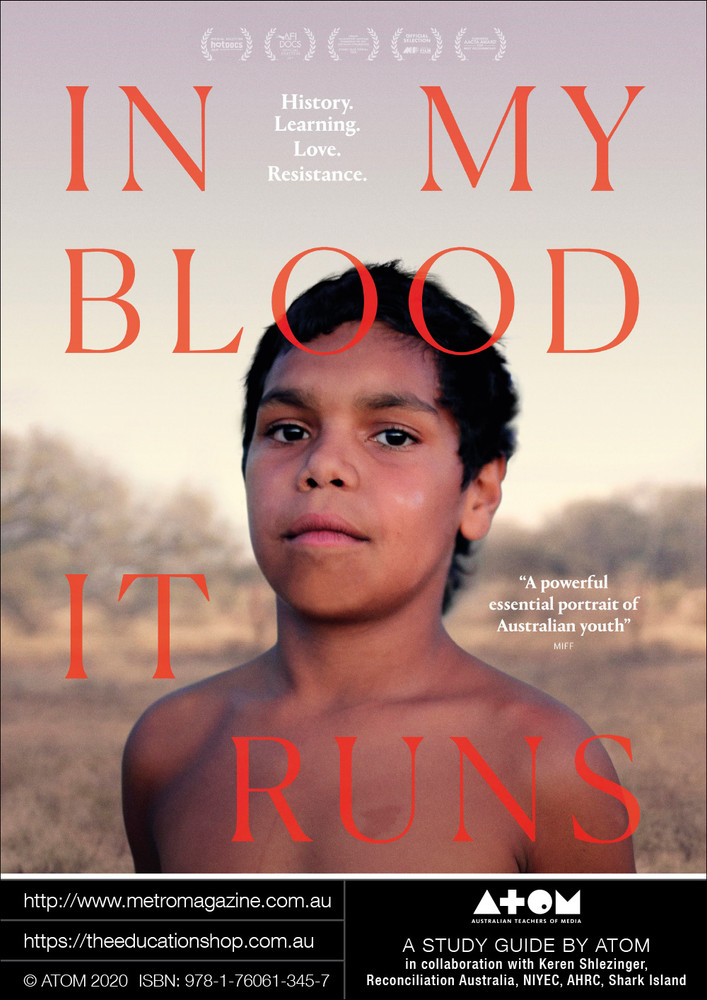 Director Maya Newell's acclaimed feature documentary, Gayby Baby (2015), follows the lives of four children in same-sex families during the fight for Marriage Equality and sparked a national debate in Australia. In My Blood It Runs (2019) tackles another heated topic: how the Australian education system is failing Indigenous children. Like Gayby Baby, it places the missing voice of children front and centre.

In My Blood It Runs follows the life of ten-year-old Arrernte/Garrwa boy Dujuan and his family. The film charts the challenges Dujuan faces as he meets the overt and concealed prejudices still perpetuated against Aboriginal people/First Australians in Australia today: in school, at home and on the streets of Alice Springs. In My Blood It Runs reveals the ways marginalised First Nations communities negotiate the colonial culture and keep their identities and cultures alive through self-determination, the revitalisation of languages and cultural practices.

Ten-year-old Dujuan is a child healer, a good hunter and speaks three languages. Yet Dujuan is 'failing' in school and facing increasing scrutiny from the police. As he travels perilously close to juvenile detention, his family fight to give him a strong Arrernte education alongside his western education. We walk with him as he grapples with these pressures, shares his truths and somewhere in-between finds space to dream, imagine and hope for his future self.

Filmed candidly and intimately, In My Blood It Runs depicts a real world on the fringes of Alice Springs through Dujuan's eyes. Dujuan's family light candles when the power card runs out, often rely on extended family to drop around food and live alongside the ingrained effects of colonisation and dispossession. Every day in the classroom, Dujuan's strength as a child-healer and Arrernte language speaker goes unnoticed. While he likes school, his report card shows a stream of 'E's, which make him feel stupid. Education is universally understood as a ticket to success, but school becomes a site of disempowerment for Dujuan and he starts running away from the classroom.

On his ancestral homeland surrounded by his family, Dujuan is focused, engaged and learning. We begin to see his Country as a classroom - a place where resilience can grow and revolution is alive. The practice of self-determination through the education of young people becomes the foundation for Dujuan's future.

But in the Northern Territory, where 100% of detained youths are Aboriginal, the forces of modern colonial society work powerfully to marginalise Dujuan into a life of disempowerment. Dujuan's learns that not only has he inherited the burden and trauma of history and dispossession of his land, but also the strength, resilience and resistance of many generations of his people that holds the key to his future

The In My Blood It Runs DVD is available to purchase here.