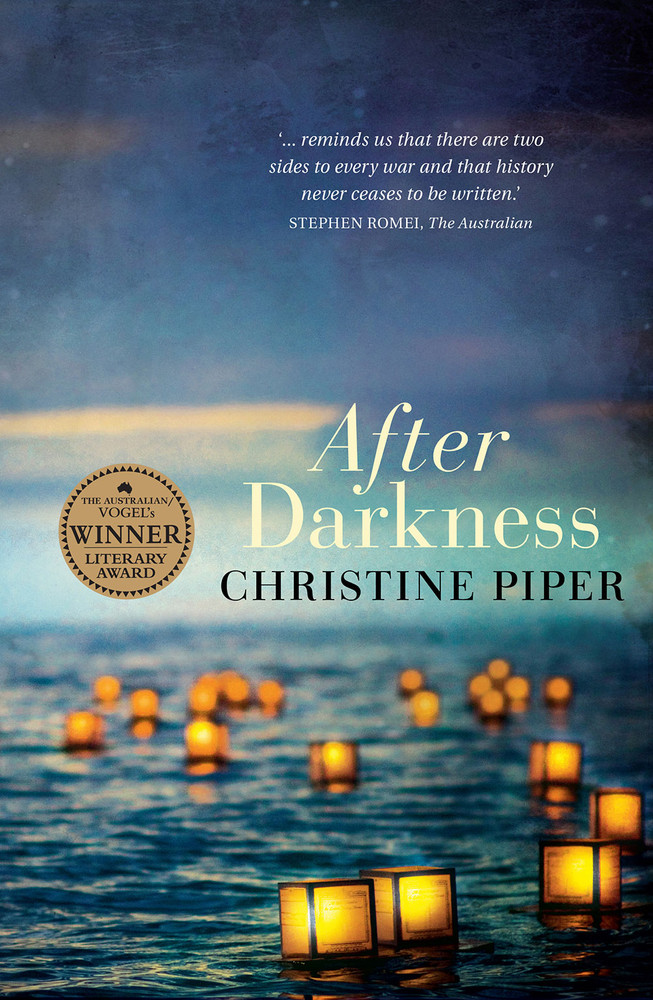 The winner of The Australian/Vogel's Literary Award 2014

It is early 1942 and Australia is in the midst of war. While working at a Japanese hospital in the pearling port of Broome, Dr Ibaraki is arrested as an enemy alien and sent to Loveday internment camp in a remote corner of South Australia. There, he learns to live among a group of men who are divided by culture and allegiance. As tensions at the isolated camp escalate, the doctor's long- held beliefs are thrown into question and he is forced to confront his dark past: the promise he made in Japan and its devastating consequences.

'Piper draws us deeper and deeper into the compelling story of Tomakazu Ibaraki, a man whose strengths – discretion, honour and loyalty – also lie at the heart of his personal tragedy.' – Danielle Wood, winner of the The Australian/Vogel's Literary Award in 2002; Vogel's judge

'After Darkness is about friendships that transcend cliched notions of mateship. It's also about a man silenced by a promise, a haunting novel that lingers in a most unsettling way.' – Fiona Stager, bookseller, Avid Reader; Vogel's judge

'A brave, profound meditation on identity, trauma, loss and courage . A novel that demands its place alongside Richard Flanagan's The Narrow Road to the Deep North and Mark Dapin's Spirit House.' – Stephen Romei, literary editor, The Australian; Vogel's judge

Left in the Darkness: Night

After Darkness (VATE Inside Stories)