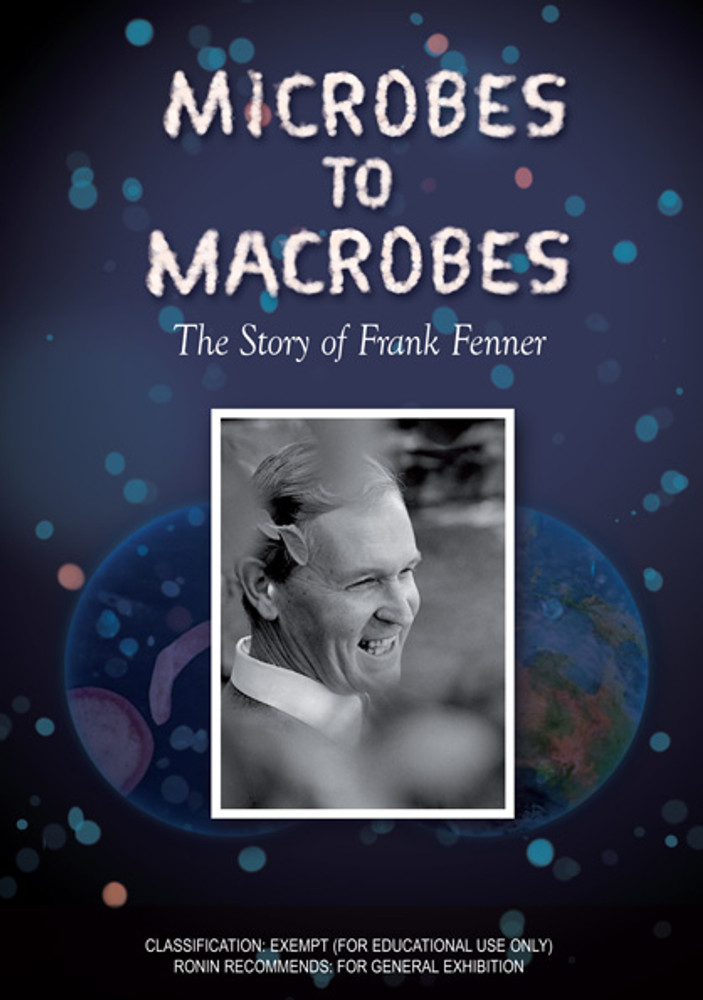 ‘I found this film, Microbes to Macrobes, to be fascinating, surprising and very moving. It is a fitting tribute to a great Australian and an internationally renowned scientist.’ – Robyn Williams, ABC

Frank Fenner was one of Australia's greatest scientists. In a career spanning over sixty years, he helped save Australia's troops from malaria in World War Two, charted the course of myxomatosis as it decimated Australia's feral rabbit population, was one of the leading figures in the global campaign which eliminated smallpox – arguably the greatest collective medical achievement in human history – and was a pioneering environmentalist.

Frank's life was both charmed and marked by significant tragedy. A man universally loved, with a profound insight into the workings of the natural world, he was unable to save the lives of some of those closest to him. Yet he helped save the lives of millions he never knew.

How did such a modest man, from humble beginnings, grow to become such a significant global figure?

Microbes to Macrobes celebrates the life of Frank Fenner. A lively blend of family drama, scientific revelation, intimate interviews with friends, family, and some of the world's leading scientific minds, it combines rare archival footage, stunning visual effects, moving dramatisation and off the wall comedy.

‘I'd have to characterise him as being one of the finest people that I've ever known.’ – Prof. DA Henderson, Former Chief Medical Officer, World Health Organisation on Smallpox Eradication Program

Please note: Microbes to Macrobes is the second in a series of science biographies designed for general audiences and especially for teenage audiences. The first in the series is Driven to Diffraction.