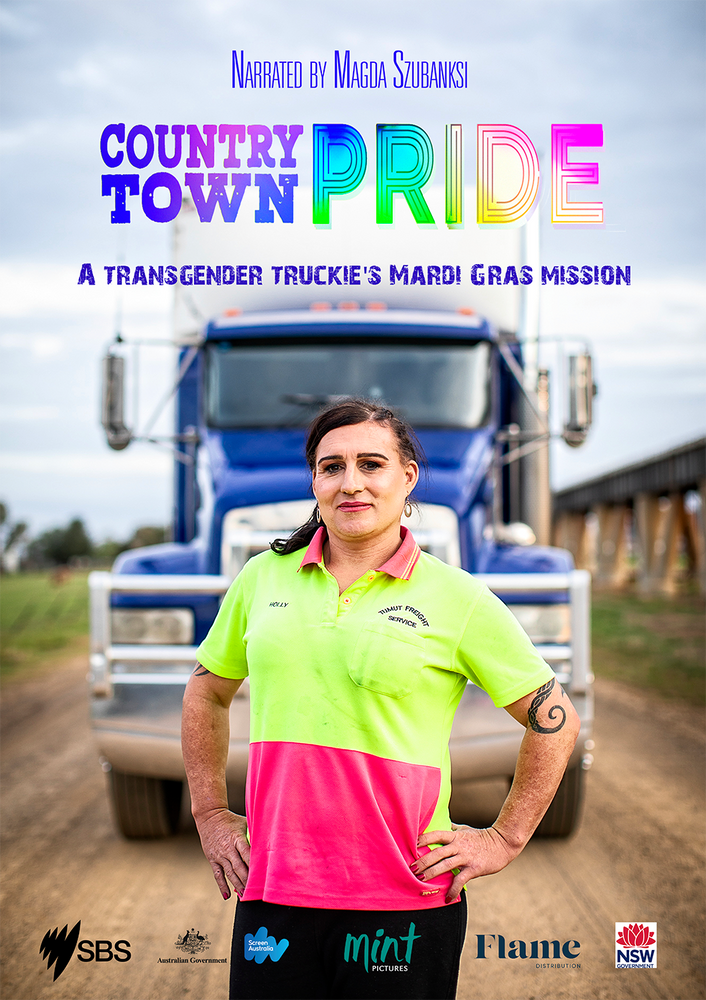 Country Town Pride follows the inspirational story of Holly Conroy, a transgender woman from country NSW, as she bids to stage a Mardi Gras in her home town of Wagga Wagga – Australia's No 1 Christian town.
As she herself undergoes gender reassignment surgery to complete her transition, Holly has to confront Christian priests, conservative politicians, her homophobic neighbour and even her own brother as she attempts to pull off the first-ever pride parade in this conservative stronghold. As we follow Holly's trailblazing mission, Country Town Pride also follows the changing face of Wagga Wagga, a country town that has been staunchly conservative for generations but is slowly changing: the Marriage Equality vote in 2017, the end of the Liberals 60-year rule in 2018 and the Mardi Gras in 2019, all point to a considerable shift in attitudes.

But the hangover from the gay hatred of the '80s and '90s still exists – and Holly suffers abuse from her neighbour, from opponents on the sports field and others. She even faces it in her own family and as the Mardi Gras deadline looms, her brother storms out of the family's Christmas festivities, refusing to be filmed. For Holly, the Mardi Gras is about acceptance for the LGBTQI+ community in regional Australia, especially given she herself considered taking her own life, as so many in her community tragically do. With an official green light from Wagga Wagga City Council, sponsors, supporters and floats ready to roll, will the Wagga locals turn out in force? Or will the town's Christians and conservatives rain on Holly's parade?