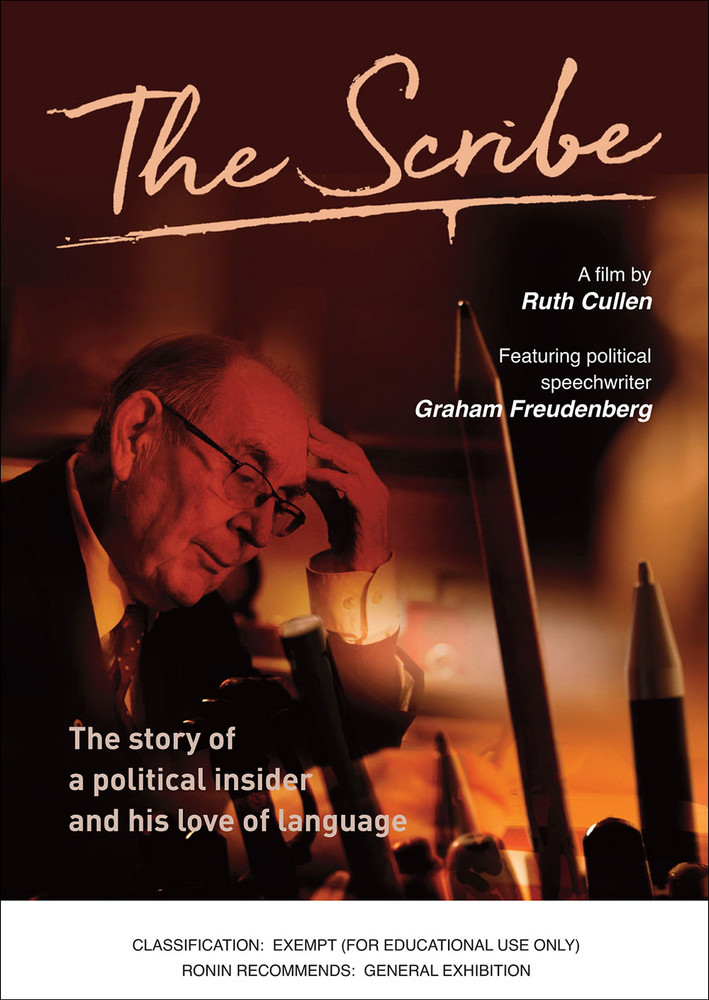 From deep within the engine room of politics comes this superb documentary on the 'Donald Bradman' of speech writers, Graham Freudenberg: a powerful journey into one of the great minds of politics whose words shaped our fortunes whether we know it or not.

Graham has written speeches for ALP leaders from Arthur Calwell to Simon Crean. This group includes Gough Whitlam, Neville Wran, Bob Carr and Bob Hawke, who described him as the 'chameleon' of speech writers. Over fifty years he's adapted his voice to that of his masters and the times.

The Scribe interrogates the symbiotic relationship between the speech writer and the orator as it explores the craft of political speech writing from the man who re-defined the role in Australia. In the process, it examines the changing language of the political environment from the introduction of TV to the arrival of Trump. This is not a biopic or a chronology of events, rather it is a cherry pick of the last fifty years from a behind-the-scenes man who was right at the epicentre of the action.

In this time of widespread cynicism about politicians it is time to step back and ask bigger questions. The Scribe transcends party politics to reflect on the contract between the people and their elected representatives.

ATOM has also produced a study guide for The Scribe. This study guide is available for download here.