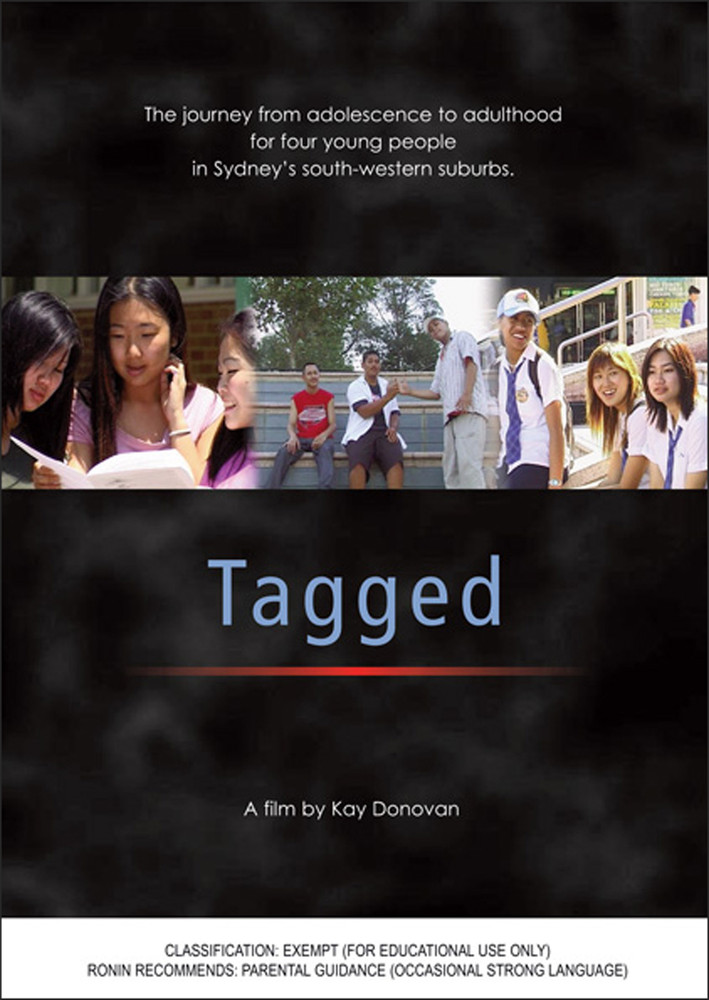 Tagged is the story of four young people growing up in Sydney's western suburbs at a time when the public spotlight is on the notorious suburb of Bankstown. While the media runs hot with stories of youth crime and stereotypes of gangs, drugs and drive-bys, these teenagers from four very different racial and religious backgrounds react strongly against the media’s negative cliches and talk about the things they love in their community.

Conversations with the four participants capture their idealism and their personalities in moments of self-reflection, while observational filming in local and familiar settings capture the reality of their daily lives.

Paul hangs out in the streets with his Samoan mates. They are absorbed in the movements and lyrics of their own Rap group, which they infuse with islander rhythms. Paul is the one who understands that their music might break the cycle of boredom and petty crime that tempts them into strife. His sharp sense of how things work on the streets run parallel with the deep Christian beliefs of his traditional, Samoan Baptist family.

Rhonda is a competitive and ambitious teenager from a Vietnamese/Chinese background. She is determined to do well at high school and to go to university. With other Vietnamese teenage girls, she has a modern dance troupe (‘half-Oriental, half-Pop’) which performs in a local shopping mall during Youth Week. She studies hard but when a chance arises for her to visit South Korea as a Youth Ambassador, she grasps the challenge of travelling, even if it means being away from her parents’ guidance.

Sara is an Islamic teenager from a Lebanese background. She is ambitious and has a large, confident personality, and is deeply involved in the life of her loud, noisy, extended family. At the same time, she is active in the community, culminating in her becoming the Bankstown Multicultural Youth Service’s Young Citizen of the Year. She believes ‘if you have something to say, then you should stand up and say it,’ and is a far cry from the stereotype of an inhibited Muslim girl. She knows exactly what she wants to do with her life and slowly and steadily, with her parent’s encouragement, she's making it happen.

Tony is sociable and active in the local community as a member of the Bankstown Council's Youth Advisory Committee. He might appear to be a model young citizen but his optimism masks the personal problems he is facing. He confesses that he is ‘torn apart’ by the traditional expectations of his Vietnamese parents. It is this anguish that prompts him to abandon high school and to decide to get married. As we follow Tony’s journey, his bright exterior falters to reveal some of the stresses that weigh on his young life and leave us wondering if his idealism will survive adolescence.