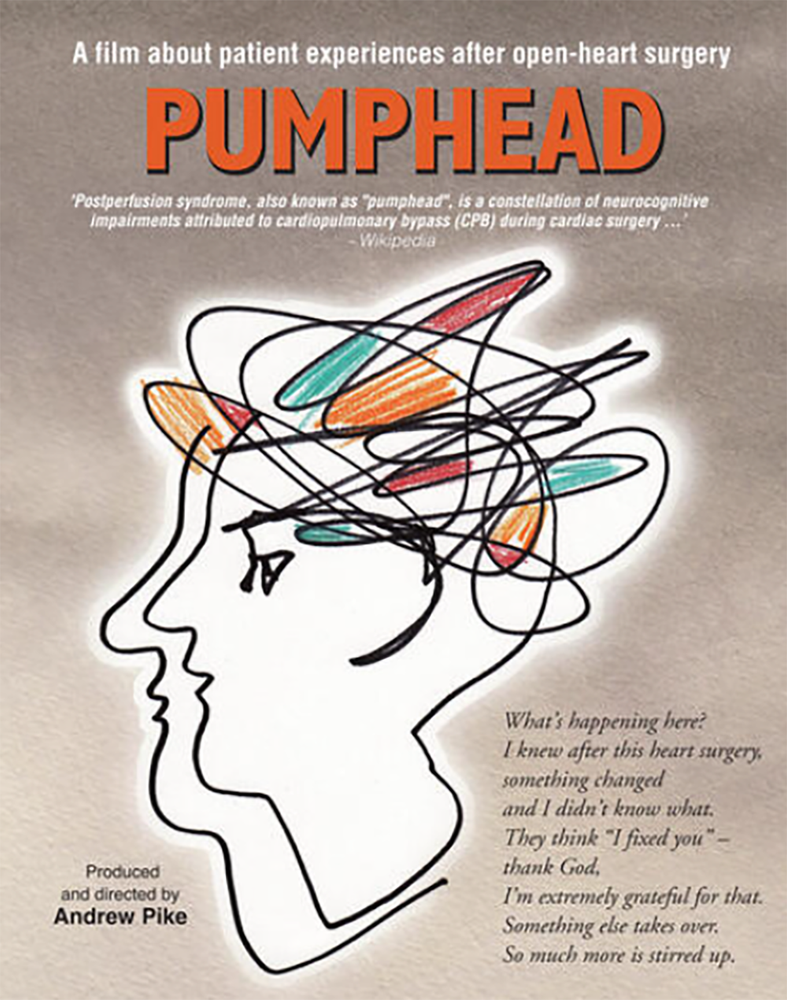 Pumphead is a documentary feature film exploring patient experiences following major heart surgery – how to understand these experiences and how to live with them.

Through the stories of eight ex-patients, including the filmmaker himself, this documentary indicates the complex diversity of emotional and cognitive changes that often occur after open-heart surgery, simultaneous with physical recovery. In particular the film focuses on the phenomenon of 'post-traumatic growth' which often co-exists with psychological challenges and is triggered by them.

All of the ex-patients in the film reveal aspects of 'post-traumatic growth' – marked changes in personal values and priorities, lifestyle, creativity, and social and family relationships, leading to a life that in many cases is profoundly different from the time before surgery.

Through this composite story of existential crises and transformative experiences, the film also delves into the gulf that can exist between advances in medical science on one hand, and patient experiences on the other. In particular, the film raises the difficulties that the medical establishment often faces in responding to problems that are emotional, intangible and hard to quantify. As one patient contemplates in the film, the 'roller-coaster ride' that some patients experience after open-heart surgery is 'invisible' to other people. The film is designed to make the 'invisible' more apparent and to promote awareness, empathy and understanding.

The filmmaker, Dr Andrew Pike, is an award-winning documentary filmmaker who had open-heart surgery in 2011.

Classification: EXEMPT (FOR EDUCATIONAL USE ONLY). RONIN RECOMMENDS: PARENTAL GUIDANCE