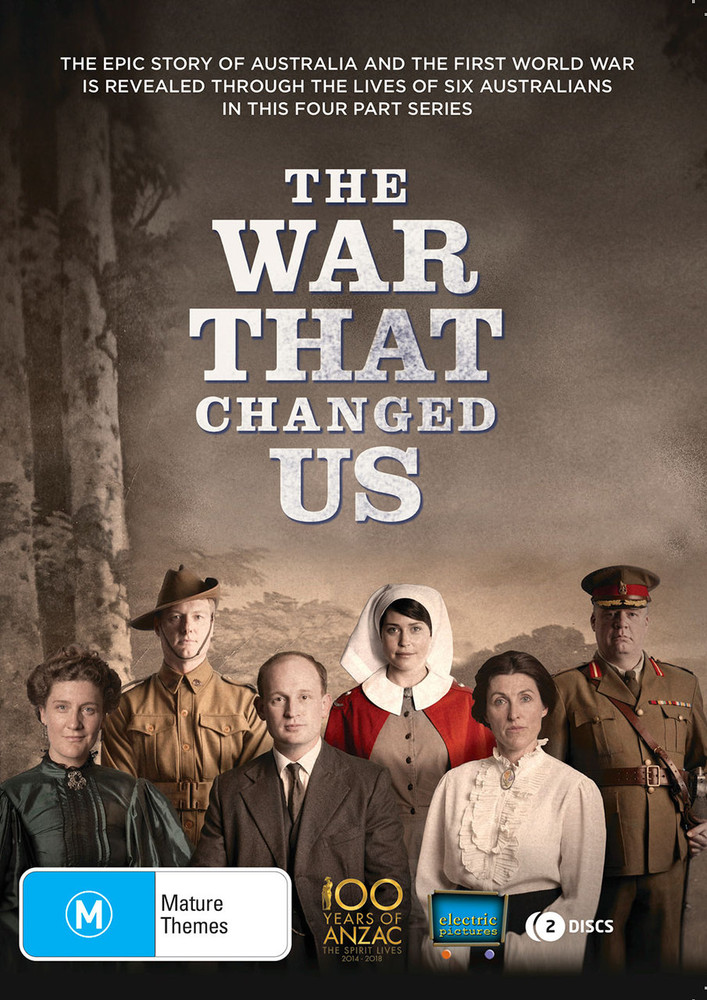 War That Changed Us, The

Specially commissioned by the ABC to mark the centenary of World War One, this four-part series is history on a grand scale. Wrought from the fine-grain detail of the vivid and evocative personal testimonies of six Australians – revealed in letters, diaries, speeches and newspaper articles – the events of the war unfold at home and on the frontline.

Driven by human stories rather than the detail of military history, the series offers an opportunity to get close to the actual experience of war and to learn how it changed the lives of those involved. As a result, the political becomes personal and the epic everyday. We watch the series’ protagonists struggle with the opposing influences of imperialism and independence, militarism and pacifism, old-world enmities and new-world utopian ideals.

The War That Changed Us uses dramatic reconstruction, location filming, expert analysis and colourised black-and-white archive footage to tell a gripping tale spanning three continents over four brutal years. The events of 1914–1918 not only changed the course of human history but would also test the mettle of one of the world’s newest nations: Australia.

Australian soldiers Pompey Elliott and Archie Barwick, and nurse Kit McNaughton, retreat from Gallipoli and prepare to go to war on European soil for the first time. At home, anti-war activist Tom Barker is jailed and pacifist Vida Goldstein is banned from speaking in public halls, as conservative crusader Eva Hughes persuades more men to go to the front.

On the battlefields of Europe, Pompey Elliott, Archie Barwick and Kit McNaughton are caught up in a war where men fight and die in their thousands. On the home front, Tom Barker, Vida Goldstein and Eva Hughes go toe-to-toe as Australia is becoming a divided nation.

The ‘war to end all wars’ enters its fourth year, taking a terrible toll on Australian soldiers and nurses. At home, millions argue about whether men should be compelled to fight.

War That Changed Us, The - Episode 1 (ATOM Study Guide)

War That Changed Us, The - Episode 2 (ATOM Study Guide)

War That Changed Us, The - Episode 3 (ATOM Study Guide)

War That Changed Us, The - Episode 4 (ATOM Study Guide)