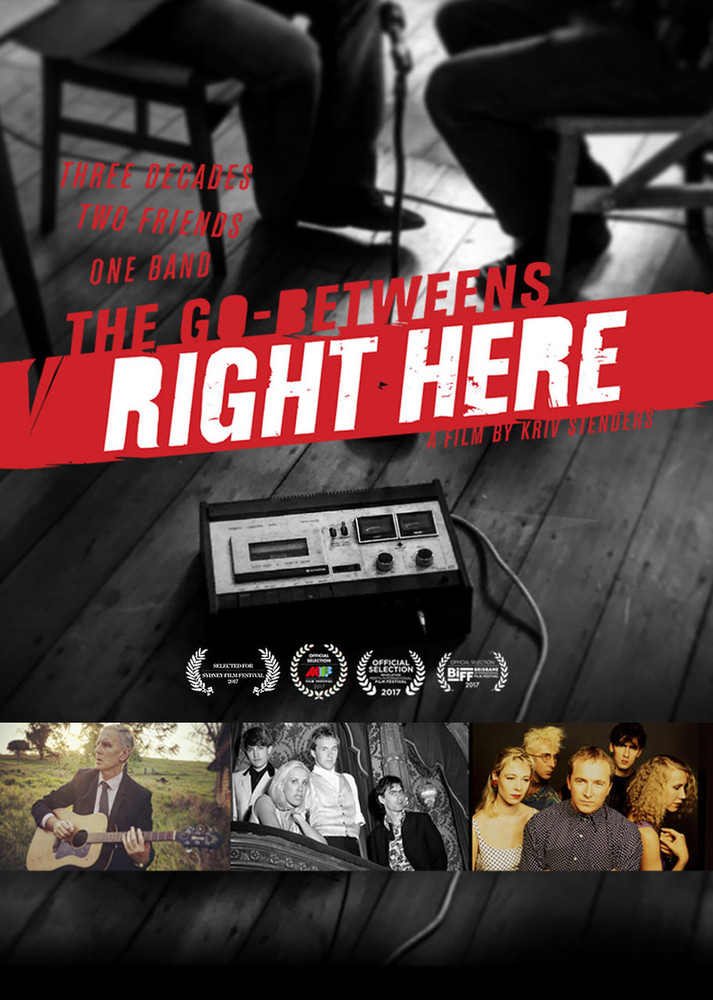 Legends of the indie Oz Rock scene, The Go-Betweens provided a soundtrack to a generation of music enthusiasts throughout the 80s, developing a unique and compelling combination of song writing, both angst ridden and sensitive, that eluded the mainstream and all the trappings of popular success.Four decades in the making, The Go-Betweens: Right Here explores the quintessential Aussie band from formation in 1977 by Queensland University students Robert Forster and Grant McLennan, joined by Lindy Morrison on drums until the band broke up in late 1989, after six critically acclaimed albums. They reformed in 2000 for three more albums before McLennan died in 2006, aged 48.Part memoir, part concert film, The Go-Betweens: Right Here reveals how the dreams, art and love shared between the two founding members of The Go-Betweens still endures and continues to inspire, even after death.Directed by Kriv Stenders (Award winning director of Red Dog and several Go-Betweens music videos) The Go-Betweens: Right Here is a raw and fascinating trip down memory lane and a tribute to a remarkable musical partnership.

Raoul Wallenberg: Between the Lines