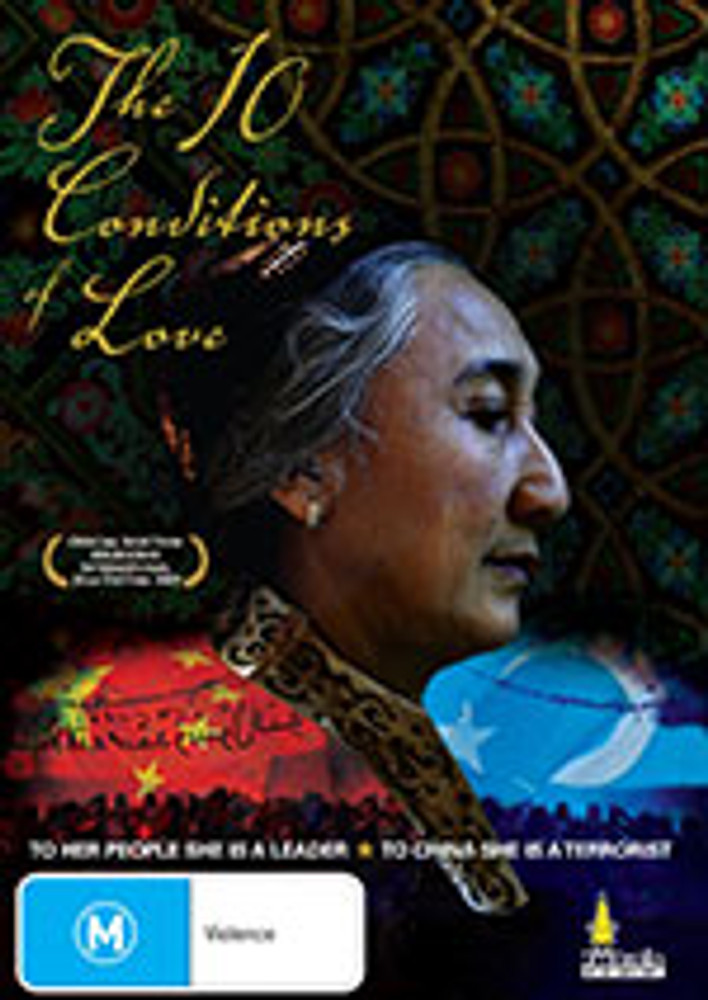 10 Conditions of Love, The

The 10 Conditions of Love (Jeff Daniels, 2009) is a 53-minute biographical documentary of Uyghur Rebiya Kadeer.

The Uyghur are the non-Chinese residents of the north-western province of China known as Xinjiang. Some of the Uyghur population want to regain their autonomy and claim that the Chinese are committing slow cultural genocide in the province. The Chinese government has accused these Uyghurs of running an independence movement and of being separatists and terrorists.

Their leader, Rebiya Kadeer, spent six years in a Chinese prison before being exiled to Washington DC. A tireless advocate for the greater autonomy in her oil-rich Uyghur homeland – known to Uyghur exiles as East Turkestan – she has been punished at every turn by the Chinese authorities, who have now condemned two of her sons to lengthy prison sentences.

Rising from obscurity and poverty to become the wealthiest entrepreneur in China and two-time Nobel Prize-nominee, Kadeer is an extraordinary woman driven by a fierce commitment to her cause.

Australian filmmaker Jeff Daniels follows Kadeer in her relentless campaign for her people's autonomy, documenting the life of a fearless woman who has paid a terrible price for becoming an international symbol of her nation's struggle.

The Conditions of Sound

An Allegory of the Human Condition: Woman in the Dunes

Under Difficult Conditions: Jeff Daniels on Making The 10 Conditions of Love