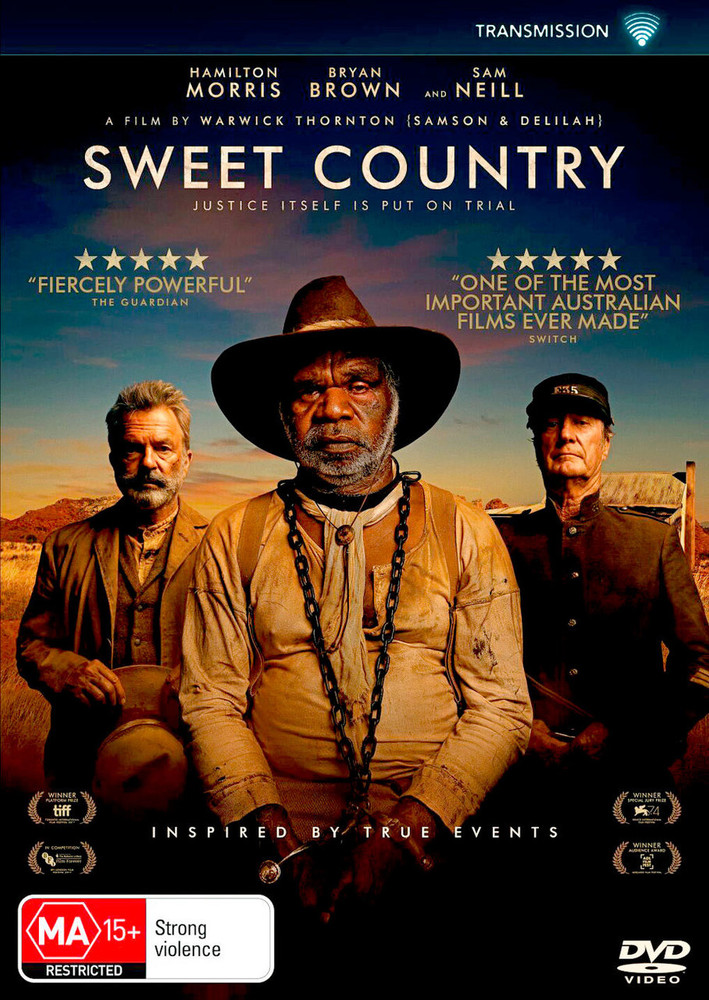 Inspired by real events, Sweet Country is a period western set in 1929 in the outback of the Northern Territory, Australia. When Aboriginal stockman Sam (Hamilton Morris) kills white station owner Harry March (Ewen Leslie) in self-defence, Sam and his wife Lizzie (Natassia Gorey-Furber) go on the run. They are pursued across the outback, through glorious but harsh desert country. Sergeant Fletcher (Bryan Brown) leads the posse with the help of Aboriginal tracker Archie (Gibson John) and local landowners Fred Smith (Sam Neill) and Mick Kennedy (Thomas M. Wright). Fletcher is desperate to capture Sam and put him on trial for murder, but Sam is an expert bushman and he has little difficulty outlasting them. Eventually, for the health of his pregnant wife, Sam decides to give himself up. He is put on trial in the courtroom of Judge Taylor (Matt Day). But will justice be served?

Bad Blood and Bitterness: Colonisation and the Western in Warwick Thornton's 'Sweet Country'

In the Country of Men