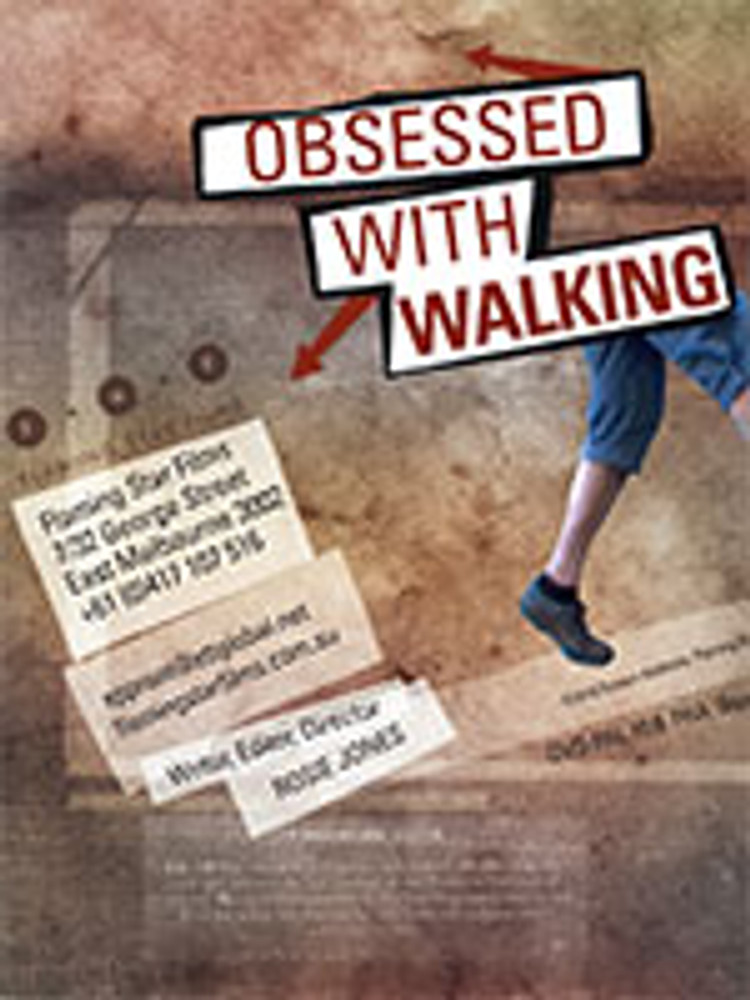 Featuring notorious writer and cultural provocateur Will Self, Obsessed with Walking follows Self on a 120-mile trek from Los Angeles Airport to the heart of Hollywood, and interrogates the meaning of walking in a globalised, industrialised world.

This study guide to accompany Obsessed with Walking (2010), a Flaming Star Films production, has been written for middle and senior secondary students. It provides information and suggestions for learning activities in English, Geography, Literature and Media.

Obsessed with Walking has a running time of 26 minutes 30 seconds.

Los Angeles International Airport. A jumbo jet lunges onto the tarmac and taxis to the terminal. An unusually tall and very thin man strides out of the terminal onto Century Boulevard. It's Will Self, the novelist once notorious for his addictions and excesses but now known for his eccentric walking habits.

Will has already walked from his home in South London to Heathrow. Now he'll trek 120 miles across LA to Hollywood for a book he's writing about the impact of the environment on the human psyche.

Will chooses a route through the grittiest suburbs, the 'un-places' and the 'interzones', in search of a new kind of urban beauty. As he walks, he muses on the power of walking to connect us to place, time and memory and evokes the spirit of other walkers whose art has changed the way we think, see and hear: Rebels like Guy Debord and the Situationists (a pack of hard-living French bohemians who tried to overturn the urban order in 1950s Paris with the dérive – a walk without a route, destination or purpose. Amazingly, they almost succeeded when their ideas sparked the Paris riots of 1968) and Will's enemy, the eighteenth-century poet and walker, William Wordsworth, whose poetry inspired a craze for walking in the English Lake District and, Will believes, kick-started international tourism.

For Will, walking has become an obsession, as it was for the Australian composer, Percy Grainger, who prepared for performances by walking to the edge of exhaustion and pain.

Five days after he set out on foot, Will threads his way through the crowds on Hollywood Boulevard's Walk of Fame. But home again in London, he discovers that this walk has been a turning point in his personal journey.

Please note: This product ships in a plain case with no cover.