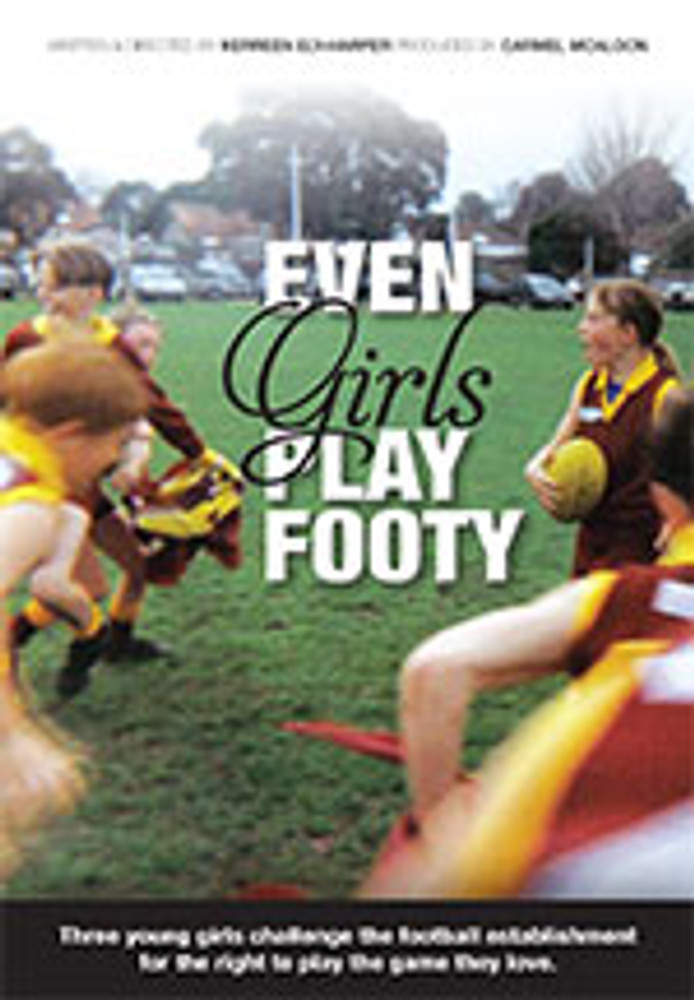 Even Girls Play Footy (Kerreen Ely-Harper, 2012) tells the story of three teenage girls who challenged the Victorian football establishment for the right to play the game they loved. Banned because of their gender from playing alongside the boys in their junior football teams, they took their case to court, ultimately overturning the rules governing mixed competition in junior football. Their case paved the way for developments in women's football nationwide. This is a story that explodes the myth that ordinary Victorians cannot change the law. In this program, the three young women, now in their twenties, reflect on their battle, their landmark legal case and the changes they brought about in this sport – and they are still playing football!

This documentary is relevant to studies of English, Legal Studies, Gender Studies, Media Studies, and Civics and Citizenship.

Even Deeper than the Sea: Hirokazu Koreeda's 'After the Storm'