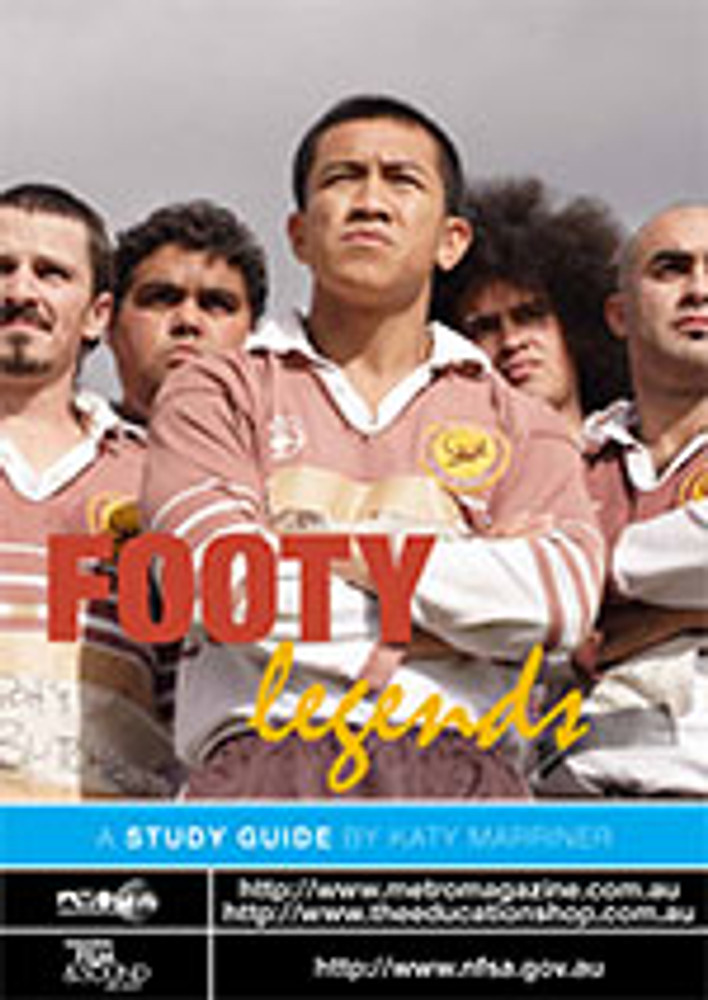 This study guide to accompany Footy Legends (Khoa Do, 2006), a Suitcase Films production, has been written for secondary students. It provides information and suggestions for learning activities in English, Literature, Media, SOSE, Vietnamese and curriculum projects exploring the concepts of family and friendship.

Luc Vu (Anh Do) is a Vietnamese-Australian living in Yagoona, a western suburb of Sydney. When the factory he works at closes, Luc is made redundant. Unable to find a new job and burdened by the expectations of his elderly Vietnam War veteran grandad (Dao Minh Sinh), Luc does the best he can to look after his eleven-year-old sister Anne (Lisa Saggers), who is his responsibility since their mother died.

When social worker Alison Berry (Claudia Karvan) warns him that Anne will be put into a foster home unless he gets a job and proves that he is a responsible guardian, Luc becomes convinced that the only way he will establish some sort of security for himself and his family is by winning the Holden Cup, a rugby league competition with a first prize of a new Holden ute and a contract to appear in advertisements modelling clothes for Lowes. Luc calls on his high school mates – who are even more lost than he is, drifting aimlessly in the suburbs, wasting their lives – to lend a hand and they agree. The only thing they have ever been good at is playing footy. The competition could change their lives.

As the season unfolds and Yagoona qualify for the finals, Luc struggles to look after Anne. Anne's ill-health and Alison's decision that she will not be able to vouch for Luc as a suitable guardian, force Luc to confront the reality that his sister may be placed in foster care.

Then the impossible happens, Luc is offered the chance to play with Double Bay. It's his ticket out of Yagoona and is sure to satisfy the Department of Community Services. All Luc has to do is walk away from the Yagoona Schooners and play for an opposing team.

Loyalty proves stronger than a lucrative contract and Luc decides that he's not going to lose anything anymore. Yagoona take to the field and face their fear, a team composed of five of the greatest rugby league players in the history of the game – Bradley Clyde, Cliff Lyons, Gary Larson, Rod Wishart and Brett Kenny. It takes guts to claim glory but unlike all of the times before, this time the boys from Yagoona don't just have promise, they have what it takes to win.