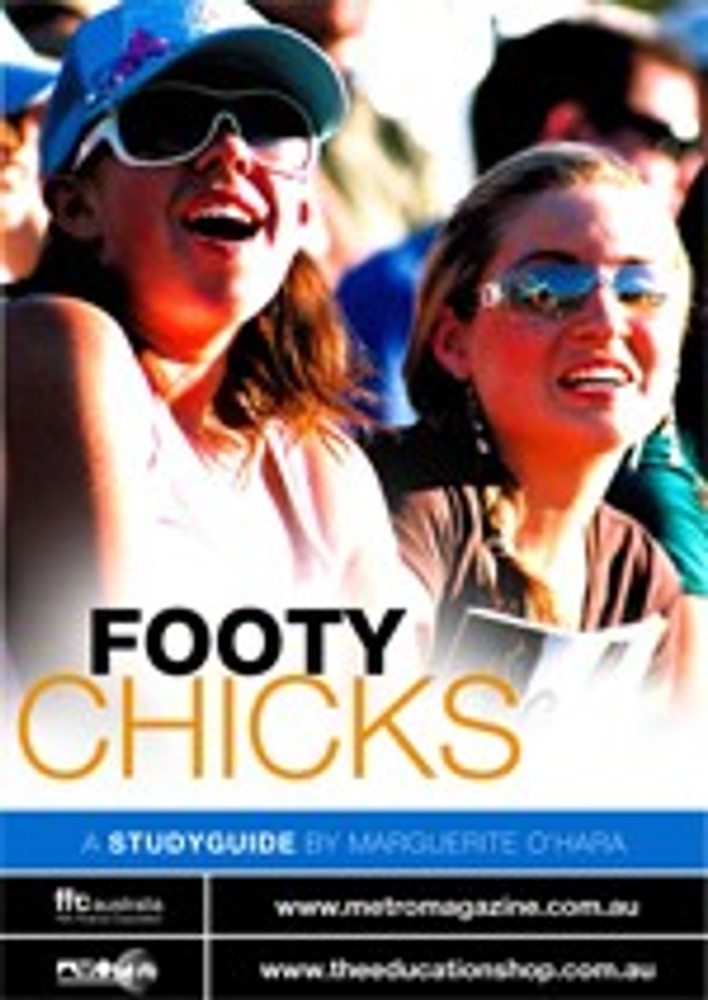 Footy Chicks, a film by Rebecca Barry and Michaela Perske, looks at the complex world of football and sex. The film explores the scene off the footy field – a world of sex, male bonding and the women who pursue them. In 2004 there were several allegations of sexual assault made against some footballers in both the NRL (National Rugby League) and the AFL (Australian Football League). These scandals sparked debate not only about the behaviour of the footballers but also about the women who pursue them. Footy Chicks premiered at the 2006 Sydney Film Festival and will be shown on SBS television.

Women love watching football. But some have more on their mind than just the game. Off the field their goal is to get up close and personal with the players. The possibility of sex with a football player is a fantasy for many women and a reality for some. Footy Chicks explores the scene off the footy field – a colourful world of players and the women who pursue them.