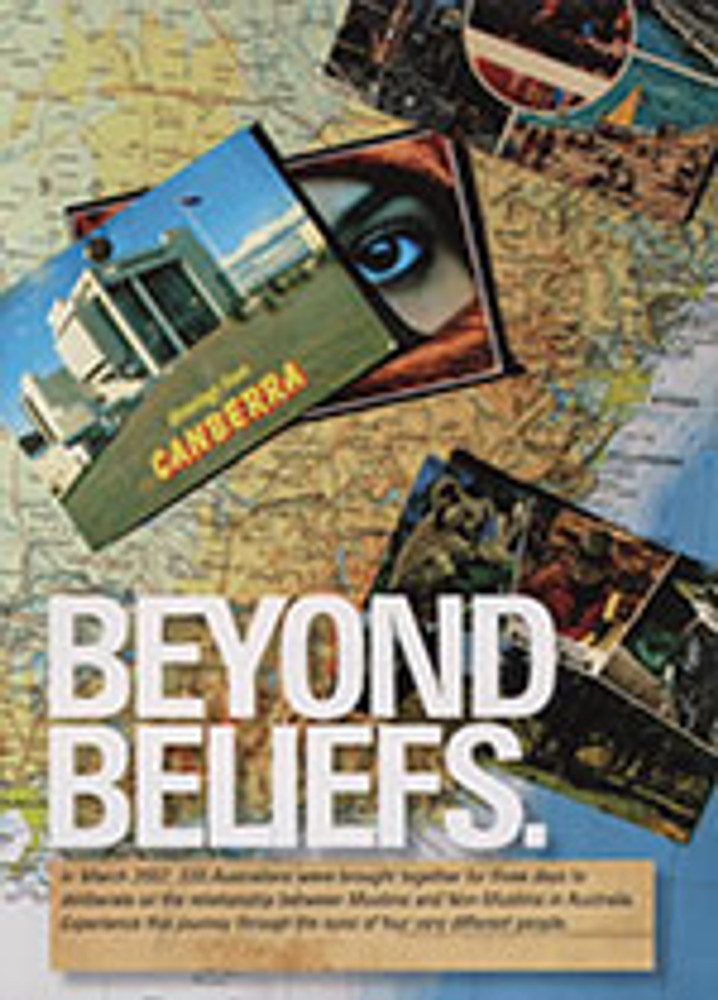 What happens when a slice of Australia gets together to talk and think and argue about one of the defining issues of our times?

In March 2007, 330 randomly selected Australian voters took over Old Parliament House in Canberra for three days to consider how Muslims and non-Muslims live in Australia and how they might live in the future.

Beyond Beliefs follows four people through this journey as they question what it means to be Australian in the twenty-first century.

Much can be learnt from this social experiment in deliberation.