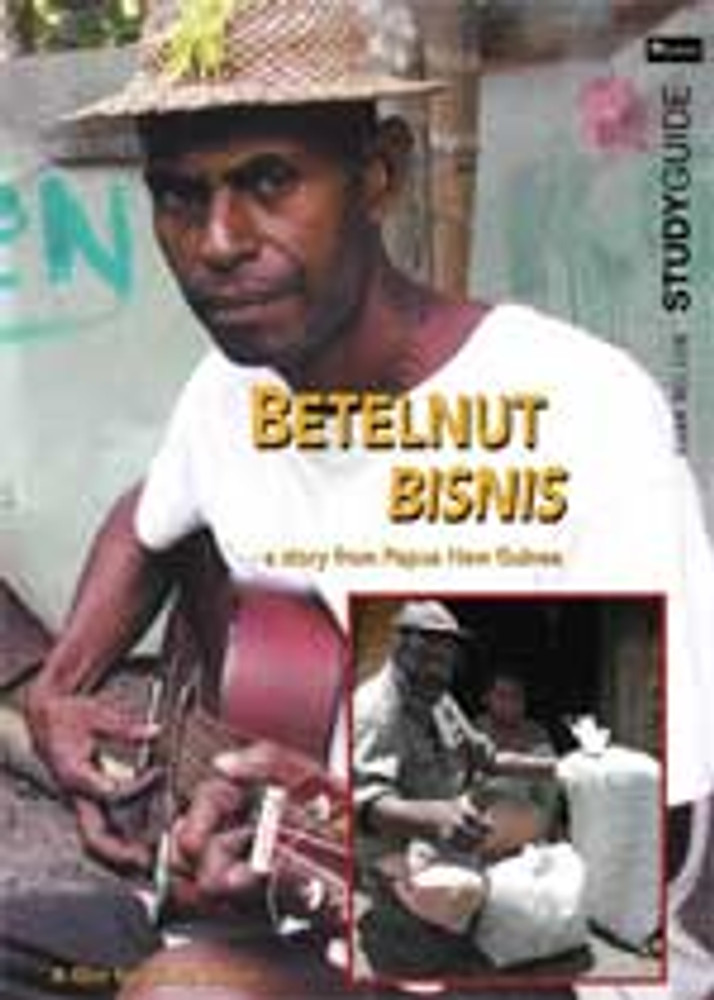 Betelnut is one of the most widely used narcotics in the world. In the coastal areas of Papua New Guinea, where it is grown, it has been a socially acceptable stimulant since ancestral times, but in the central Highlands where the majority of the population live, it is a relatively recent arrival. Many Highlanders have come to depend on betelnut, not only because of their addiction to the drug, but also for their livelihood, trading small quantities of the nut up from the coast to sell in their local markets. For many families, the betelnut trade is the only source of cash income to pay for such basic necessities as food, school fees and medicine.

This is the story of one such family in the Highlands – Lukas Kaima and his wife Kopu - as told by their friend and close neighbour, Chris Owen, an Australian expatriate. The Kaimas are settlers from the Eastern Highlands, without land of their own, living on a small plot on the outskirts of Goroka town by arrangement with traditional landowners. The soil is too poor to grow their own food and they have to rely on cash earnings to survive. Lukas sometimes finds part-time work as a nightwatchman and labourer, but decides to try his hand at the betelnut trade to see if he can earn some extra money to make ends meet. The film follows Lukas and his wife as they try to make a success of their business travelling to and from the coast on the betelnut trail.

Betelnut Bisnis is an often humorous story of resilient people who have few material possessions but who face each new day with dignity and a quiet determination. As they go about their travels, the film presents us with a vivid portrait of present-day life in Papua New Guinea - not the "doom and gloom" stories that dominate the daily news in the Australian media, but the day-to-day realities of life for "grass roots" citizens.

Chris Owen has contributed directly or indirectly to almost every significant documentary made in Papua New Guinea over the last three decades – whether as director, cinematographer, editor or as adviser and trouble-shooter. He has also made a series of internationally acclaimed documentaries of his own, including THE RED BOWMAN, MAN WITHOUT PIGS and the recent award winning BRIDEWEALTH FOR A GODDESS. He also directed TUKANA a Melanesian feature film set in Bougainville. In the last few years Chris Owen has also served as Director of the National Film Institute of Papua New Guinea and has trained and worked with a team of Melanesian filmmakers, some of whom contributed to the production of BETELNUT BISNIS.