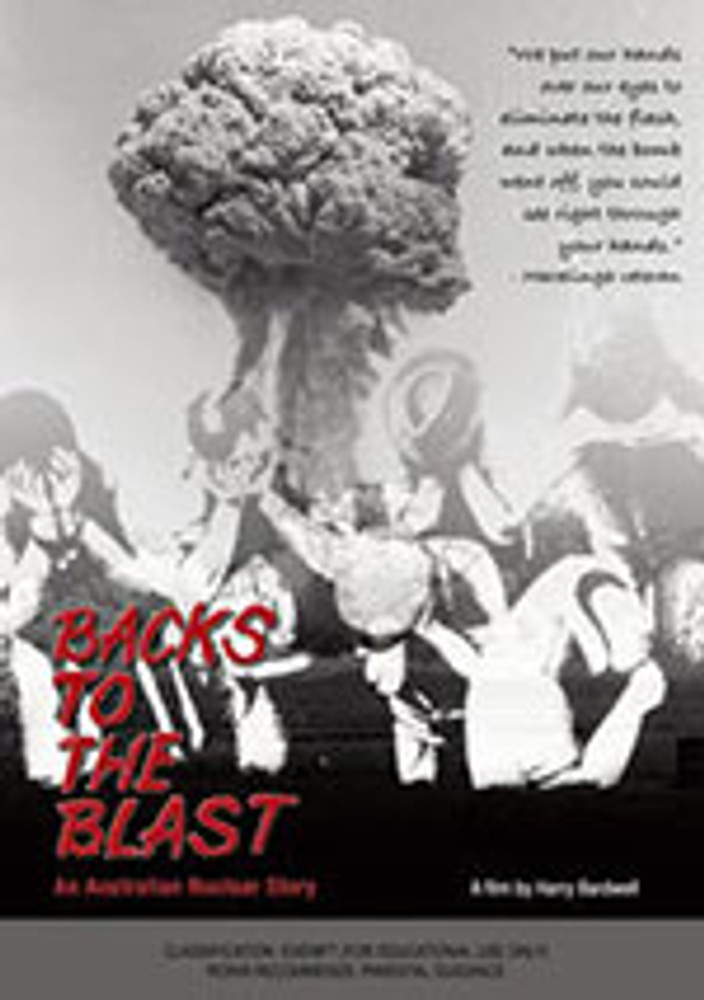 Backs to the Blast

This landmark documentary was broadcast on Channel 7 in 1981 and had immediate political impact, mirrored when it was broadcast in Britain on Channel 4. The film helped to trigger both a House of Lords enquiry in Britain and a Royal Commission in Australia chaired by Justice James McClelland.

Collated from archival footage and still photographs, radio broadcasts, maps and graphics, plus over twenty interviews, this disturbing documentary has lost none of its power today. With scenes and characters that sometimes seem to have strayed from Dr Strangelove, the film begins by looking at the history of uranium mining in Australia, especially post-war developments at Radium Hill in South Australia. A ghost town when this film was made, Radium Hill flourished in the 1950s, recruiting some 600 mine workers (many 'New Australians') to provide uranium ore to the US and the UK. Mountains of radioactive tailings remained after mining ceased in the 1960s – as well as a legacy of cancer and illness for many of the workers.

The ore from Radium Hill was taken by rail to Port Pirie (with radioactive tailings used to build the railway track) where the ore was processed prior to being shipped overseas. For years, children played in areas of radioactive waste around the processing plant, and now cancer rates are high.

But shocking as these stories may have been in 1981 when the film was released, the film escalates its disclosures about official denial and negligence to tell the story of the British nuclear tests at Maralinga in South Australia from 1945 to 1963. Hundreds of Anangu people from the area were forcibly removed in 1952 to Yalata mission on the coast, and although the area was then claimed to have been 'totally devoid' of people, evidence has since proliferated that many Aboriginal people did in fact remain in the area throughout the period of the atomic bomb tests. The film also looks at the devastating impact on the health and life expectancy of servicemen and site workers who served at Maralinga.

Laced throughout the film are extracts from an extraordinarily frank interview with Sir Ernest Titterton (1916–1990) – Professor in Nuclear Physics from the Australian National University – asserting the safety and probity of the Maralinga tests, contrasting strongly with the evidence of witnesses and ground crew involved.

Back of Beyond, The

Back to the Future

Shrek - Back for Thirds