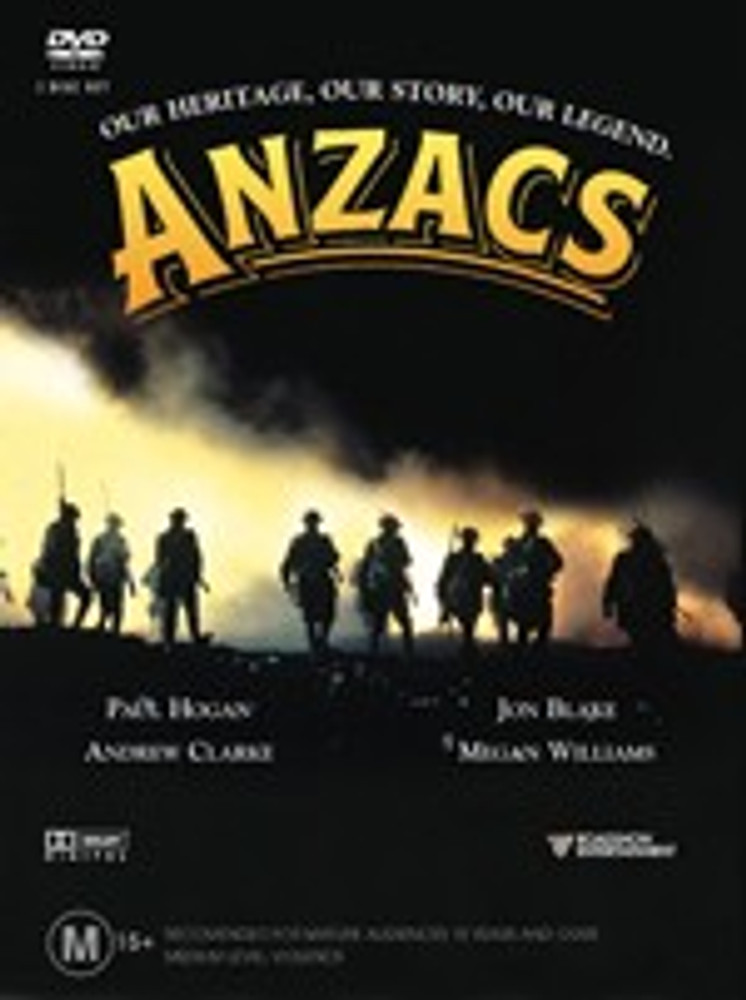 The 'must have' DVD for ANZAC day. First time on DVD. The top rating, award winning television series and multi-platinum video release is now available on DVD.

This epic 6-hour drama follows a group of World War One Australian soldiers from the Gallipoli landing in 1915 to Armistice Day, 1918. Anzac was a huge rating success for the Nine Network when it aired on television in 1985. Over seven hours of viewing on DVD.

Special Features
• An introduction by Producer Geoff Burrowes
• History In The Making – The Making of ANZACS
• Dolby 2.0 sound and Fullscreen 4:3 transfer
• English subtitles for the Hearing impaired and scene selection