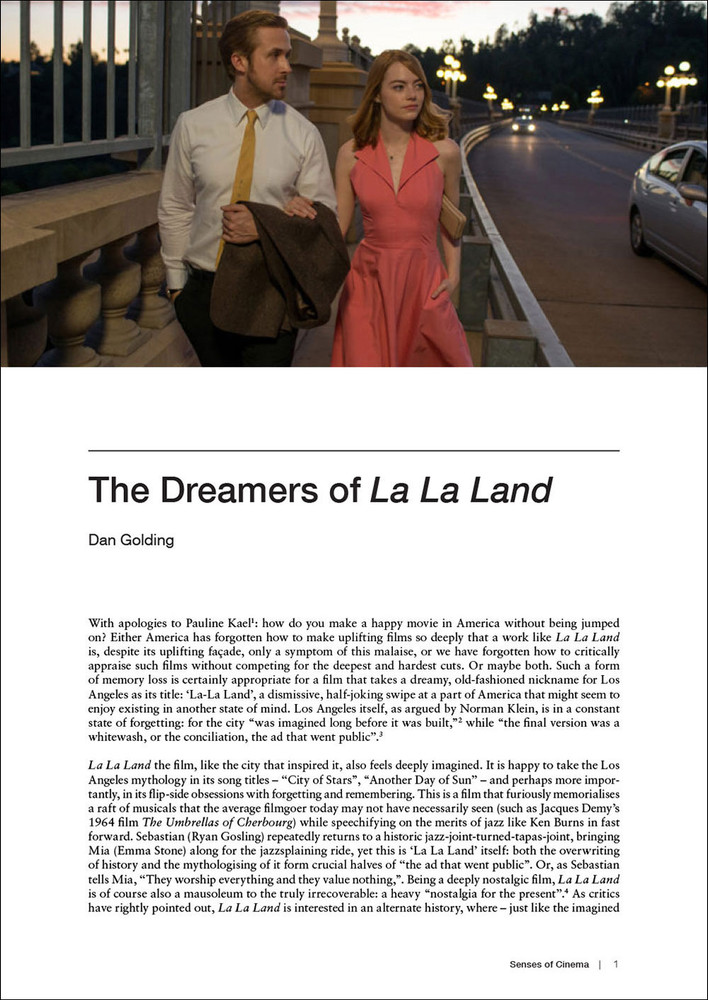 The Dreamers of 'La La Land'

With apologies to Pauline Kael: how do you make a happy movie in America without being jumped on? Either America has forgotten how to make uplifting films so deeply that a work like La La Land is, despite its uplifting façade, only a symptom of this malaise, or we have forgotten how to critically appraise such films without competing for the deepest and hardest cuts. Or maybe both. Such a form of memory loss is certainly appropriate for a film that takes a dreamy, old-fashioned nickname for Los Angeles as its title: 'La-La Land', a dismissive, half-joking swipe at a part of America that might seem to enjoy existing in another state of mind. Los Angeles itself, as argued by Norman Klein, is in a constant state of forgetting: for the city 'was imagined long before it was built,' while 'the final version was a whitewash, or the conciliation, the ad that went public'.