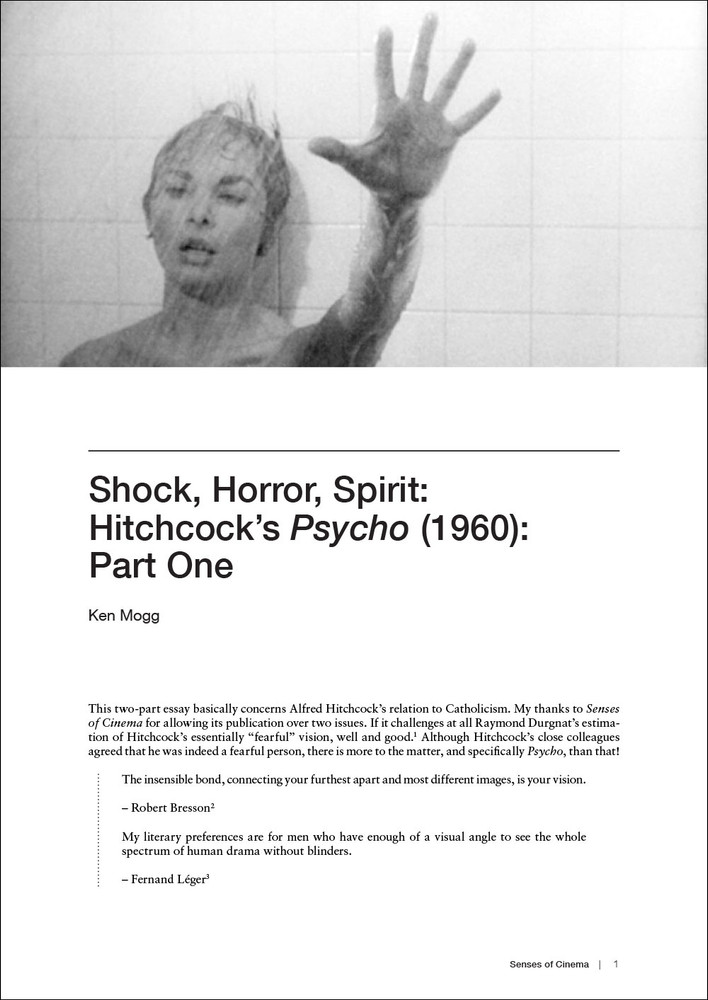 The present essay will take inspiration from Pipolo's book and from my attempts to understand Hitchcock's Catholicism. The reader should remember, though, my suggestion that there is no 'single vision' at work in Hitchcock's films, and that despite the director's controlling way with narrative, he ultimately relies on individual viewers to draw their own conclusions. So does Bresson. At the centre of Au Hasard, Balthazar is its titular character, the donkey Balthazar, whom Pipolo reads as a Christ-figure: 'Balthazar reaffirms the otherness and uniqueness of [the suffering] Christ, his mysterious, unattainable perfection.' But the last shot, of the donkey's body, may seem to negate hope of transcendence and suggest 'the realisation that everything that has preceded was illusory, mere allegory.' The viewer is confronted, to say the least.

Long Hard Look at 'Psycho', A

Shock Horror: Genre, Audience and the Anatomy of Fear

Alfred Hitchcock's Psycho and 'The Art of Pure Cinema'